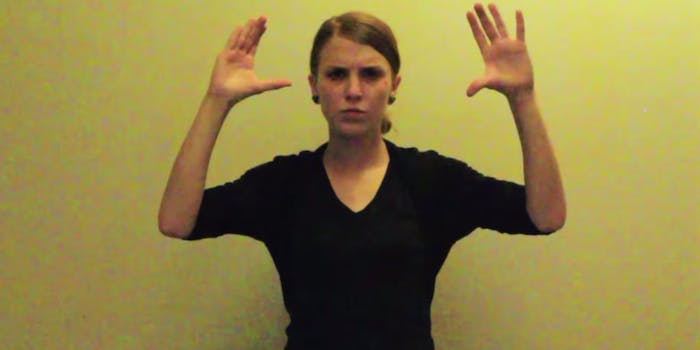 Time to lose yourself.

There are thousands of videos on YouTube featuring American Sign Language (ASL) interpreters communicating popular songs for the hearing-impaired, but one clip from Shelby Mitchusson stands out, and it’s easy to see why.

Mitchusson submitted the clip of her performing Eminem‘s “Lose Yourself” last fall in hopes of working with the ASL team at Austin, Texas’s annual music festival, Austin City Limits, which provides on-stage interpreters for concertgoers. But the video resurfaced earlier this week, and promptly went viral.

The Austin-based Mitchusson took to her Facebook page to thank fans for watching the clip, though she stressed she made it not for entertainment purposes, but for interpreting. She added, “I always work from the heart.”

And yes, she landed the gig with Austin City Limits.