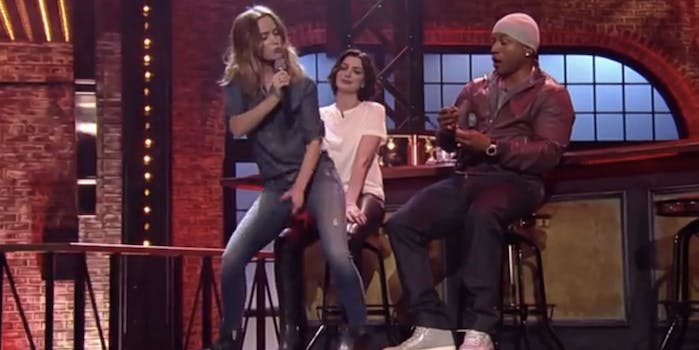 Things are getting down and dirty on tonight’s episode of Lip Sync Battle, according to a teaser clip.

It’s Emily Blunt vs Anne Hathaway, aka The Devil Wears Prada reunion we’ve all been praying for. Earlier this week Spike premiered a clip of Hathaway dominating on Miley Cyrus‘s “Wrecking Ball,” but now we know Blunt isn’t pulling any punches, at least in the lap dance department.

We only see a small part of her “No Diggity” performance, but she’s definitely living up to the spirit of Blackstreet, if LL Cool J’s face is anything to go by.

The Hathaway and Blunt showdown airs April 9 at 10pm ET on Spike.