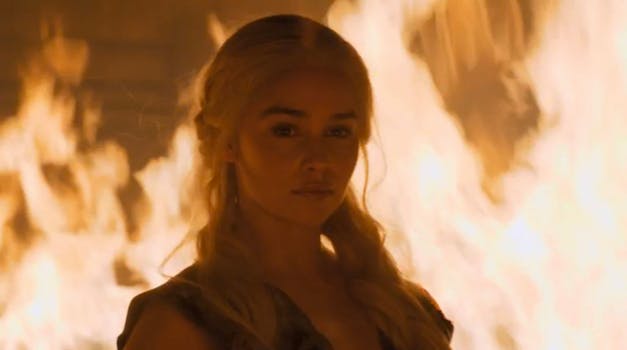 But Joseph Naufahu, the actor who played him, learned something nearly as important during the weeks they filmed that sequence: Don’t fall asleep when a pranking Emilia Clarke is nearby.

Dany’s obliteration of every Dothraki khals inside the Vaes Dothrak temple was a game-changer, for sure. The sequence took the cast and crew weeks to film because of health and safety concerns, and they often had to wait around while the crew reset the scene or if it got too hot for the actors.

On one particular long night of filming, Naufahu fell asleep with his dessert on the table near him during some downtime. Clarke teamed up with some of the other actors and started to draw on him with caramel fudge while struggling not to laugh. It wasn’t until Clarke tried to feed Naufahu that he realized what they were doing.

What a way to top off that sweet revenge.