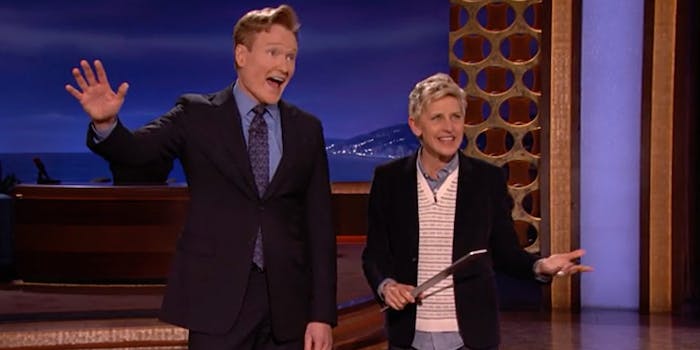 Ellen DeGeneres is renowned for her generosity. Conan O’Brien, not so much. While Ellen’s audiences are regularly given to gadgets, concert tickets, holidays, and more, Conan’s in-studio fans are more likely to be treated to an extended Tinder session or the chance to buy a couple of wooden emoji. You can see why they’d be jealous.

On Tuesday night, however, one lucky Conan audience got the best of both worlds, as Ellen made a surprise appearance on Conan to poke fun at herself and, more importantly, give away tons of free stuff.

As Ellen said, “The gift of laughter is the most important gift…but people like free stuff also.”