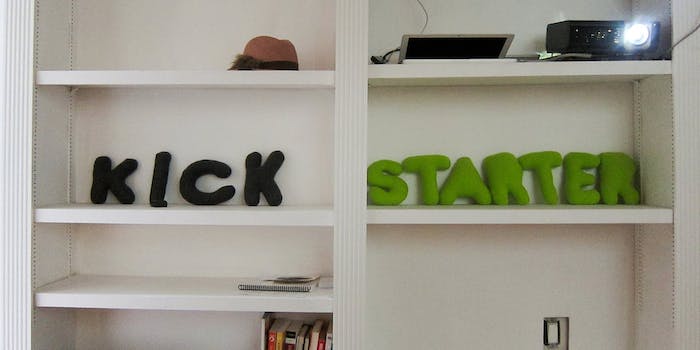 EA is the first company to forge a long-standing link between the traditional methods of video game publishing and the platform that's changing its industry.

Electronic Arts has started to catch the crowdfunding buzz.

The California-based developer announced that it would wave distribution fees on any crowdfunded game published through PC and mobile marketplace Origin for its first 90 days on shelves on Friday. The news could reap big benefits for gamers who choose to go the increasingly popular crowdfunding path.

Independents now have a cost-effective method of satisfying preorders placed during the campaign pledging process. Origin’s registered userbase also puts each game in front of 12 million different gamers who may choose to bite on a sale.

EA is the first company to forge a long-standing link between the traditional methods of video game publishing and the platform that’s changing its industry. (Developers of the Kickstarter-funded Zombies, Run! game said that Apple recently opened its app store to those who preordered the game, though Apple has made no announcement of its plan to continue offering such a service.)

Through Kickstarter alone, independent gaming developers have raised $10 million in funding to develop 900 games since 2009, with the average funding total bordering on $30,000. Three different projects—Double Fine Adventure, Wasteland 2, and Shadowrun Returns—have been able to eclipse $1.8 million in funding.

“It’s also incredibly healthy for the gaming industry,” he added.

“Gamers around the world deserve a chance to play every great new game, and by waiving distribution fees on Origin we can help make that a reality for crowdfunded developers.”

EA’s decision is not rooted wholly in good faith, though its gesture of goodwill should not be ignored. The company stands to profit in a low-risk, high-reward scenario, one that could benefit a great deal from the massive influx of new games—even if some only bring in marginal returns.

Wasteland 2 creator Brian Fargo confirmed his game’s involvement with the Origin endeavor shortly after EA’s announcement, though Fargo also clarified that his game’s arrangement with the digital marketplace was not exclusive.

“They are just one of many digital stores we will support,” he wrote in a tweet Friday afternoon.