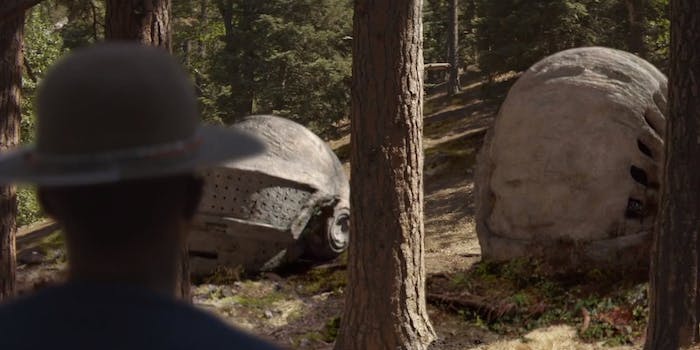 "Gust of Wind" gets the sci-fi treatment.

We may not get the charmingly oddball Ant-Man film adaptation he worked on for years, but Edgar Wright’s latest project ought to appeal to his geeky fanbase: It’s a video for Pharrell’s “Gust of Wind,” featuring Daft Punk as flying, autotune-voiced robot heads made of stone.

There are also some gravity-defying backup dancers, a colorful autumn landscape, and the catchy tune itself, only partially overshadowed by the nagging matter of what the hell that thing dangling from Pharrell’s sweater is supposed to be. Knowing Wright’s proclivity for hiding easter eggs in movies like Hot Fuzz and Shaun of the Dead, it’s probably an inside joke we’ll never understand. (Or that someone will explain in the YouTube comments.)

Is there some reason my nature hikes never turn out like this? I think I need to try some new trails.