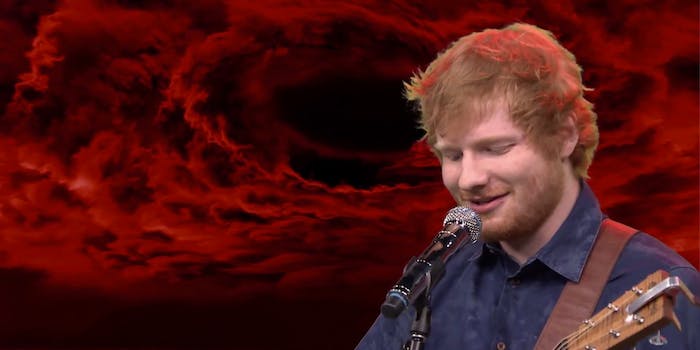 ‘That’s like a warm blanket that soothes my muscles and bones.’

Ed Sheeran put together a fake album of the 25 greatest heavy metal covers for the people who “enjoy the morbid and disturbing themes of heavy metal music” but wish it sounded more pleasant. While the combination might turn a few heads, it kinda makes us wish it were real.

With Jimmy Fallon selling the fake album, Sheeran covers Iron Maiden’s “Run to the Hills” and Limp Bizkit’s “Break Stuff.” He transforms the heavy metal hits into tunes for the whole family that are almost impossible to recognize even with the titles.