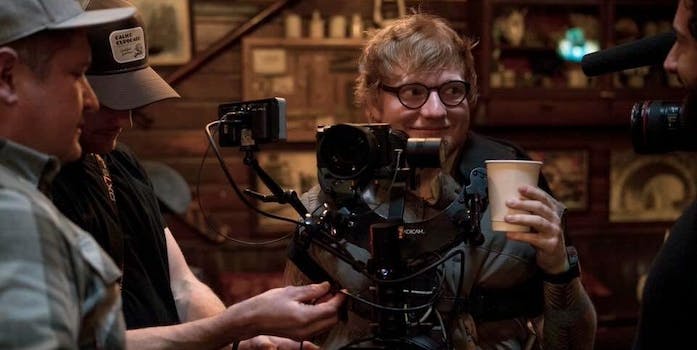 Irish music hasn't been this cool since B*Witched.

Ah, pub love. Is there anything sweeter?

Ed Sheeran‘s latest video for his song “Galway Girl” documents the fun of a bar-hopping night, and was shot by the singer himself in Galway, Ireland.

The video also stars Saoirse Ronan as the titular girl who steals his heart, and it finally gives us footage of her iconic tattoo prank. Back in April Sheeran revealed that the actor sneakily gave him a tattoo that said “Galway Grill” during the shoot. He didn’t notice her spelling choice until it was too late.

Irish music hasn’t been this cool since B*Witched.