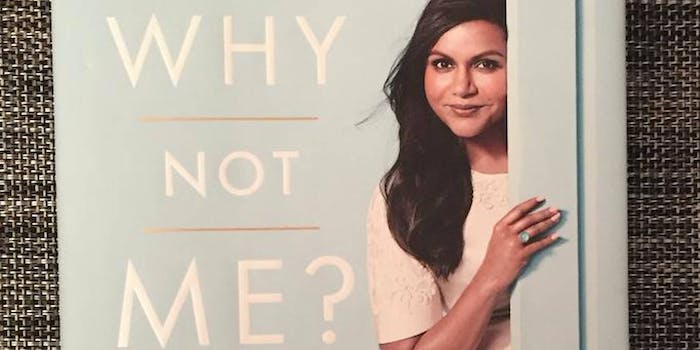 Mindy Kaling is one of those celebrities who is so down-to-Earth that you feel like if you met her IRL, you would totally be best friends. And now, thanks to an Easter egg in her new book, Why Not Me?, you can leave her a voicemail… or 14.

In the book, there is a section where Kaling shares what her life might have been like if she had never landed her writing gig on The Office. This section is told through emails exchanged with her hypothetical co-workers at the prestigious New York City prep school where she is a teacher. In the signature of the emails, there are two phone numbers. One is a very fake 555 number, but the other one looked very real to me, so I called, and was met with a recorded message from Mindy. 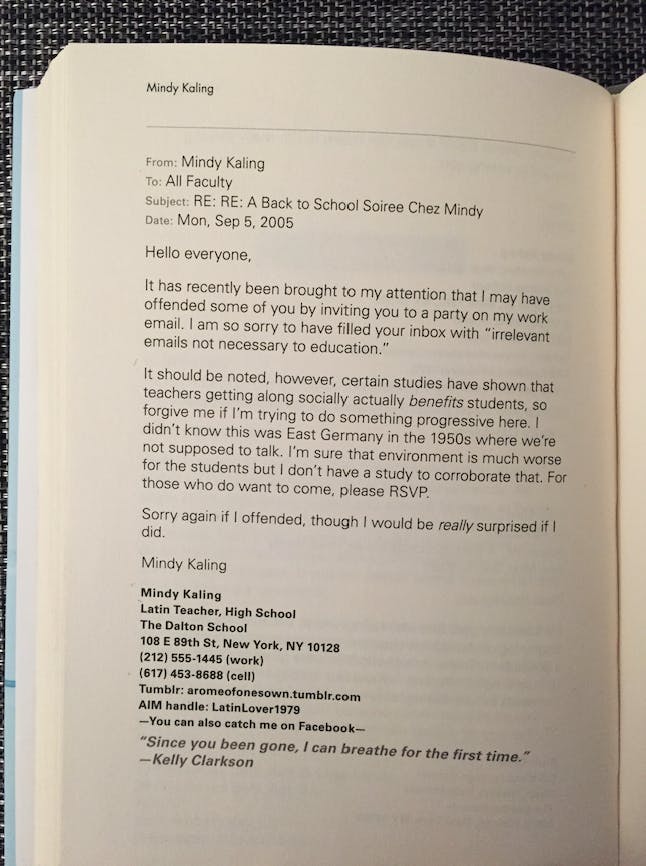 If Kaling went through the trouble of recording the message, I figured someone must be listening to the voicemails that are being left too, so I excitedly called the number every day for two weeks in the hopes that Mindy would take pity on me and call back.

Spoiler: Mindy never called back. I never got to tell her about how I did finally recover from my cold or about how she is the godmother to the dog I adopted, but I still hold out hope that one day, she will finally listen to her voicemail, and call me. (Please?)