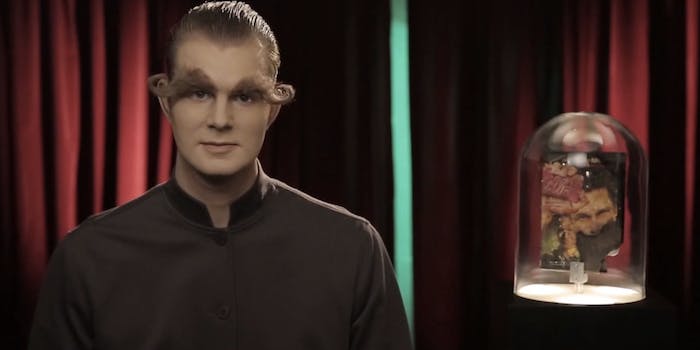 ‘Earthling Cinema’ explains what society looks like to aliens

Fight Club goes under the extraterrestrial microscope in the first episode.

If aliens were left only to understand our culture by the films we left behind, it would be a pretty confusing jumble. Or at least that’s the premise of Earthling Cinema, a new series from the team behind other educational and humorous programming like Thug Notes.

It stars alien anthropologist Garyx Wormuloid, played by comedian Mark Schroeder, as he tries to uncover the mysteries of the destroyed human race by analyzing classic films. First on the docket is Fight Club, which leads Wormuloid to several definitive statements about human culture, such as:

“On the surface this seems to be a movie about punching, which would be a good guess because human movies are always about punching.”

Earthling Cinema continues Wisecrack’s trend of merging education with humor, striking just as serious and authentic of a tone as traditional film analysis, with the added bonus of laughing at Wormuloid’s moustache eyebrows while you learn.