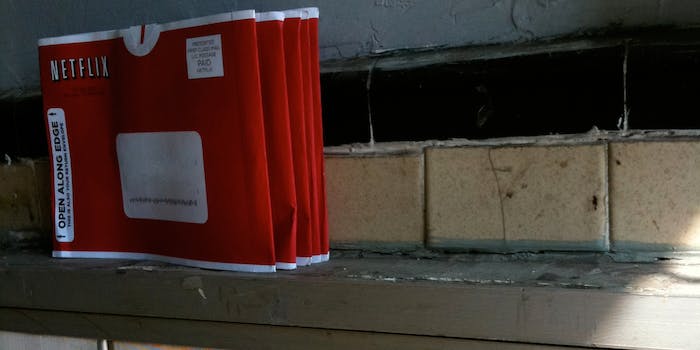 We're about to get a lot of mumblecore goodness.

When mumblecore pioneers Jay and Mark Duplass took their first feature film, The Puffy Chair, onto the festival circuit in 2005, audiences loved it. All the major studios loved it, too, so—in the tradition of major studios—they unanimously passed on it.

In fact, it may have never had a theatrical release at all if a big new player in the DVD rental game hadn’t just gotten into the business of acquiring original content. That player was Netflix, and it teamed with Roadside Attractions to not only put their film in theaters, but was even kind enough to give them a nonexclusive DVD deal that allowed it to hit Blockbuster shelves, as well (long ago, Blockbuster was a nationwide chain of brick-and-mortar store that rented DVDs).

Back then, Netflix had five million subscribers, and the Duplass brothers were thrilled to have a distributor hook them up with a limited release. Fast forward 1o years to the present—where Netflix has over 57 million subscribers, and the Duplass brothers’ future films have been distributed by divisions of nearly every major studio—and the two are teaming up again for four Netflix-exclusive films. Mark Duplass seems fairly excited about the deal:

According to the Hollywood Reporter, the films will be low-budget productions, which sounds just about perfect to any Duplass brothers fan. While films like Cyrus and Jeff, Who Lives at Home may have had their detractors, it’s unlikely that any of them disliked the movies for the size of their budgets. Also, those detractors were all wrong: Those are fantastic movies.

The brothers are running the series Togetherness to rave reviews on HBO, but the show’s fans shouldn’t worry about their Netflix deal interfering with its production—their deal reportedly has no specific timetable, so the brothers are free to make the four films at their own convenience. Here’s to hoping that at least one of them has a part for John C. Reilly.