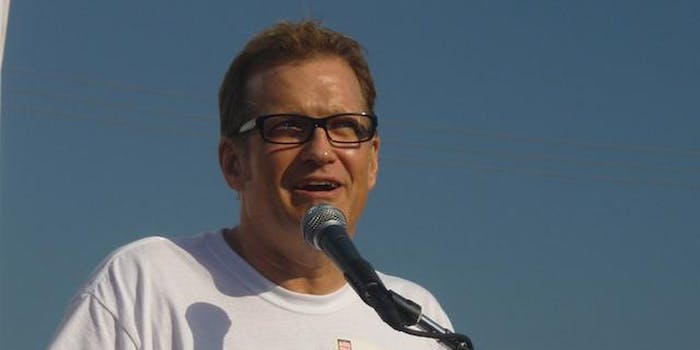 Carey said the prank was “horrendous."

Drew Carey wants to help catch the teens involved in dumping a bucket of urine and feces on a 15-year-old Cleveland boy with autism, so he’s putting up $10,000 as a reward or donation to Autism Speaks.

Carey, a Cleveland native, saw the video after it aired on Fox 8 News. The parents of the victim, who thought he was taking the ice bucket challenge and raising money for ALS research, asked to publicize the incident. Yesterday, Carey tweeted his mission to his nearly 700,000 followers.

If the Bay Village PD wants to start a reward fund to find who did this, contact me. I’ll donate $10k. http://t.co/ugqeLbu5ob

If they find them w/out reward $, then done :) RT @sonicslifer: @DrewFromTV They’ll find them no problem. Give the ten k to Autism Speaks!

Carey said the prank was “horrendous” and said the teens needed to be arrested and expelled from school. No word yet as to whether the perpetrators have been apprehended.

Update: Police in Bay Village, Ohio have identified five local high school students between the ages of 14 and 17 suspected of dumping the bucket on their classmate, Cleveland.com reports. Police chief Mark Spaetzel says local authorities, including cops and the prosecutor’s office, will soon meet to discuss the investigation and possible charges being filed.