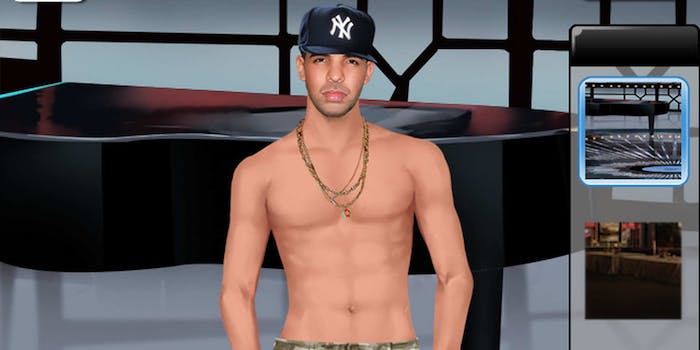 This lawsuit-baiting app lets you treat Drake like a character from The Sims.

We are truly living in the future. We live in a time in which pretty much all of recorded music is at your fingertips, you could eradicate paper today and it wouldn’t be that big of a deal, and you can use a fake cigarette to get real nicotine into your body. I would seriously be surprised if we didn’t figure out hoverboards pretty soon, too, on a Back to the Future II tip. So yeah, technology is wondrous and beautiful, something that’s never been more apparent to me than when I was confronted with an iPhone app called Dress Drake, which is literally just an iPhone app where you put clothes on Drake. It’s kind of like when you create a character at the beginng of The Sims, only, y’know, with Drake.

Dress up Drake made by a company called Happy Girl Games, which seems to only make games in which you dress someone up, whether they’re members of One Direction, Adele, Hello Kitty, Jennifer Lawrence, Joe Jonas, or merely a generic “Pretty Princess.” You get a few options of shirts to dress Drake in (see the above image), plus a few pairs of pants as well as shoes and various accessories. The app description is amazing and beautiful and real, featuring such wonderful pitches as, “A big fan of Drake? Ever wanted to TAKE CARE of his fashion choices as his personal stylist?” and, “If you like dress up games, this one is hte BEST I EVER HAD! Dress Drake up in FANCY outfits when he’s out making HEADLINES!”

I’d have to ask a lawyer about the absolute legalities of this app, but it just seems like it can’t actually be legal. They’re using Drake’s likeness to get downloads of their app; plus you can make Drake wear this: 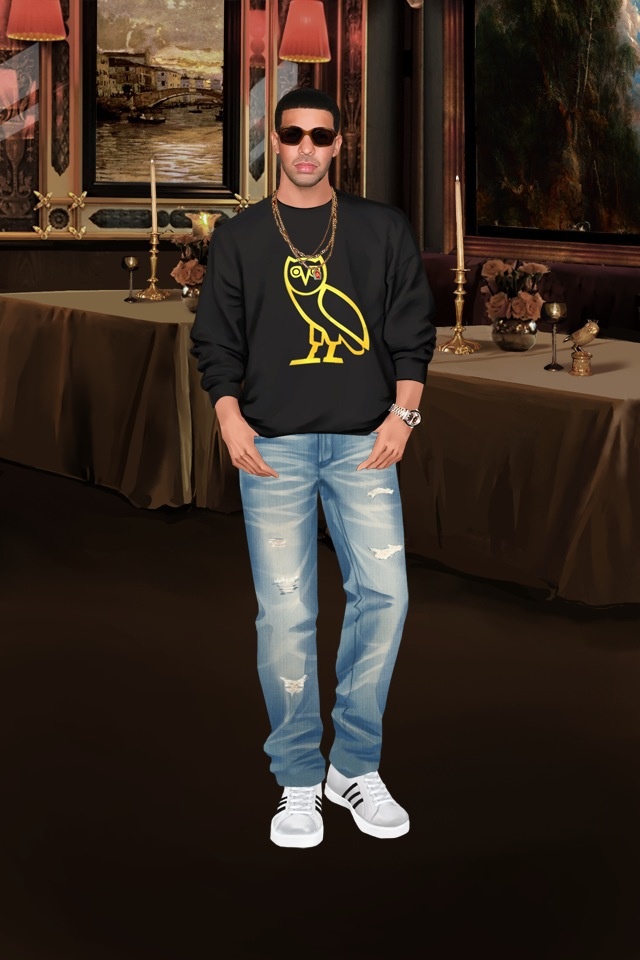 …in front of that background. Meanwhile, the app plays an elevator muzak version of “Take Care” while you dress Drake up. Download it quick because it’s probably going to get shut down by OVOXOTHEMAN soon. With the knowledge that this app will be eradicated from the face of the earth soon, here are some of the best outfits I dressed Drake up in, with their official Noisey Style Outfit Names:

“THE ‘IT’S HOT OUTSIDE, BUT ONLY FROM THE WAIST UP IF YOU ARE ME'” 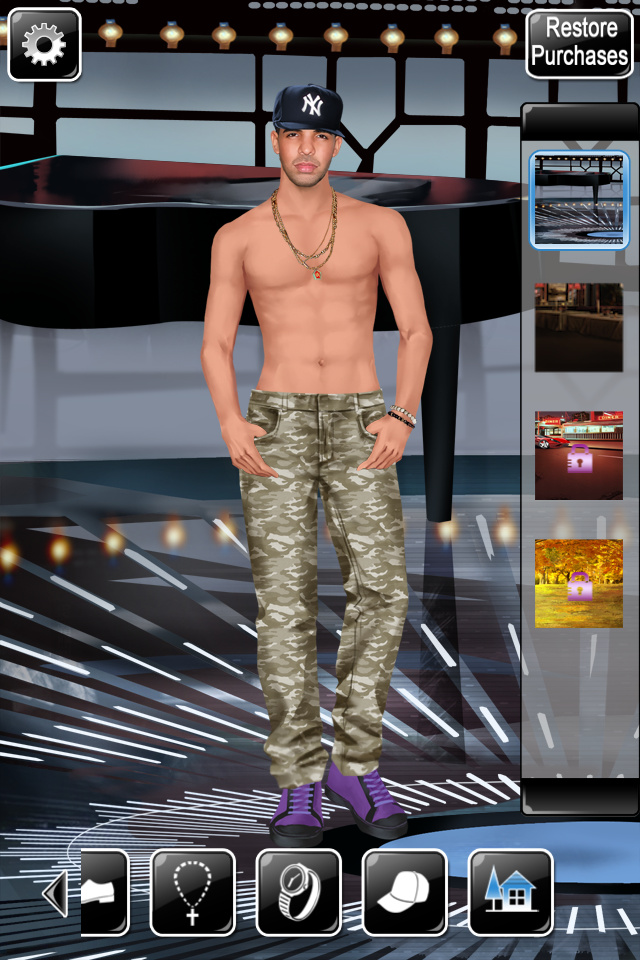 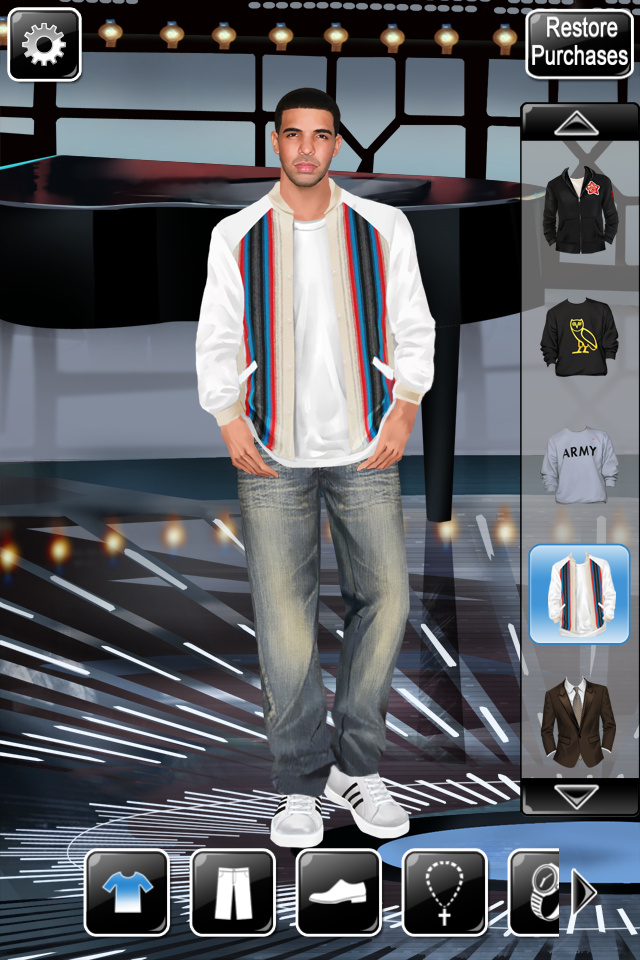