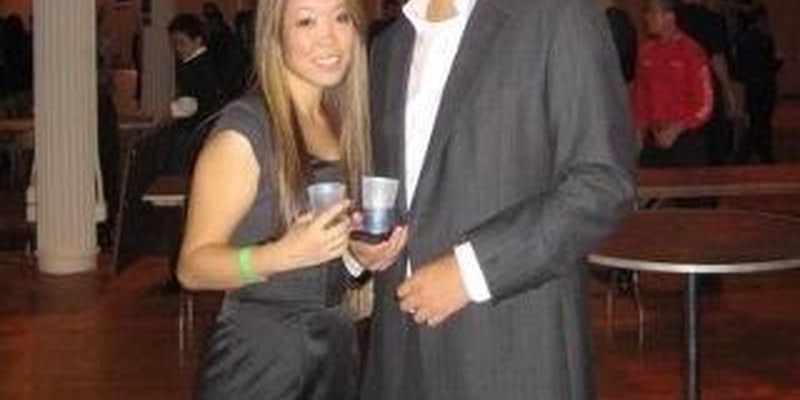 The heartwarming story behind the Draw Something proposal

“It certainly was the best birthday weekend with the perfect proposal on our favorite game,” Glina told the Daily Dot.

Asking that special someone to marry you can be a complicated task. Countless men and women have played out scenarios in their heads, trying to balance creativity with romance.

But for Andrew, 30, the decision was simple. He was going to ask his girlfriend of several years, Glina, 29, using the hit social-drawing game Draw Something.

“I wanted to do something a little different and unique but also reflective of my fun and relaxed nature,” Andrew, who declined to give his last name, told the Daily Dot. “After weighing some ideas which included copying Ben Affleck’s proposal in the movie He’s Just Not That Into You, I finally decided to ask her on Draw Something.”

Before visiting Glina, a Miller Samuel Appraisers employee, late last week to celebrate her birthday, Andrew made sure to draw his proposal just at the right moment.

“I jokingly said ‘Oh you need to check out my next drawing, it’s funny,’” recalled Andrew from his apartment in New York City. “Then I sat next to her as she watched my drawing. First, the ring appeared and I could tell she was confused since the letters didn’t match. Then my writing of ‘Will you marry me?’ appeared. But I also went down on one knee as well just to make it official.”

“I couldn’t wait to respond via Draw Something so it was followed by a quick ‘YES!’” she said.

Andrew’s proposal mirrors that of Len Kendall, who asked his longtime girlfriend to marry him using a BuzzFeed article earlier this month. Like Kendall, Andrew wanted an untraditional proposal, yet one that reflected his girlfriend’s interests. And since Glina is a huge gamer, DrawSomething was the right fit, Andrew said.

“In terms of making my proposal creative I think she knew I wasn’t the type to ask during a sporting event or pay for a plane to fly a banner across the sky. She also knows me well enough to know that I wouldn’t do it during dinner at a fancy restaurant. So I definitely knew I could be simple but figured I make it a little creative and funny. She can confirm that I didn’t appear nervous at all – I think knowing that she would appreciate whatever I tried to do put me at ease. … We have joked around that proposing at Disney World would be very sweet and romantic but I think the thousands of people around would make me very uncomfortable.”

The two are still working out wedding plans but hope to set the date sometime in spring 2013.

“It certainly was the best birthday weekend with the perfect proposal on our favorite game,” Glina said.

Photo via Glina and Andrew