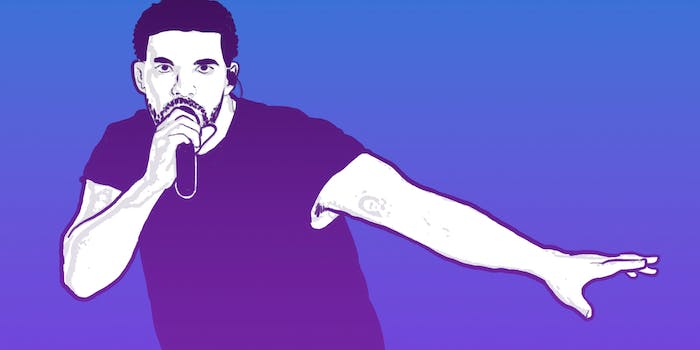 He performs the line 'This year for Christmas I just want apologies.' So...

Superstar rapper Drake released his fourth solo album Views late Thursday via iTunes and Apple Music. The streaming and retail deal, exclusive for a limited window, was signaled in the evening with an interview on Zane Lowe’s Beats 1 Radio.

The Toronto rapper straddles the line between chest-puffing raps and melodramatic R&B that’s less about lovemaking and more about relationship quarrels. Views leans on downtempo slow jams about fighting with your significant other in a Cheesecake Factory and sending group DMs to your exes.

When you hear #VIEWS for the first time https://t.co/JINCq5eH7A

When Controlla is over and you realize Popcaan wasn't on it #VIEWS pic.twitter.com/dVwdwdjUYs

"Why you got to fight with me at cheesecake, you know I like to go there" #VIEWS @drake https://t.co/P1EH44ieqo

As soon as I started listening to #views #Drake pic.twitter.com/mcopmE182T

Drake made me call my ex lastnight, and I told her don't speak, just breathe in the phone so I can know you're doing ok.

don't talk to me or my son ever again pic.twitter.com/GF4sVl8Tv9

While most fans seem to enjoy the sad tunes across Twitter, Drake—engulfed in a creative war last year with rapper Meek Mill allegedly sparked by accusations of ghostwriting—certainly offers up some bricks here. As Noisey’s Craig Jenkins noted:

I know this much. We won't be saying that's the best rapper out of any stripe behind this album.

Originally dubbed Views from the 6, the record is loaded with headlining collaborators. Early Thursday, Drake posted a list of credits on Instagram.

It’s a well-coordinating marketing attack, to be sure. But unlike previous releases, met with instant acclaim, Views brought with it a hung jury.