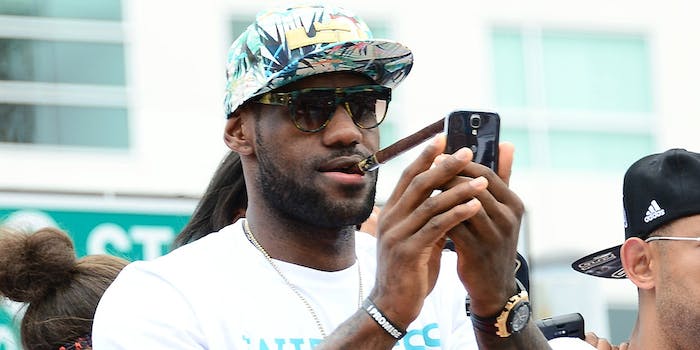 Almost as cheesy as the punchlines from 'Views.'

Drake is the sports fan who shows up to the arena and immediately spends 20 minutes crafting the perfect Instagram post.

To wit, his Toronto Raptors (the prodigal rap son hails from Canada) defeated the Cleveland Cavaliers Monday night to even the Eastern Conference Finals at two games apiece. Until then, Drake had been suspiciously absent from the series—mostly because it didn’t look good for the Raptors.

But with a win in his corner, the half-a-billion-streams rapper and apparent Top Golf enthusiast took to social media and dropped three celebratory pics—each shaming Cleveland players.

The Champagne Papi’s trash-talking leaves much to be desired, sure, but he deserves a hand-clap emoji for timing.