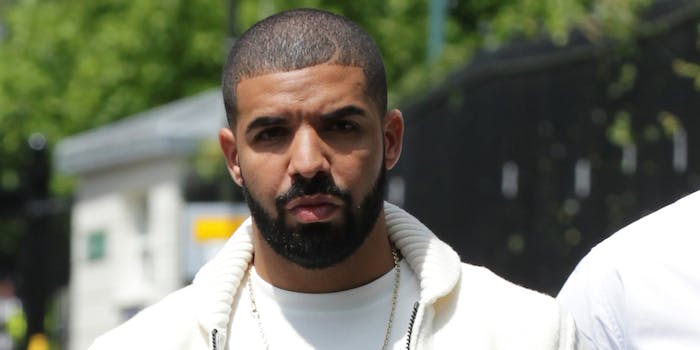 Drake’s newest project, ‘More Life,’ is now streaming all over the internet

There are plenty of guest stars on here.

Whether you call it a new album or a new mixtape or a new playlist, Drake’s newest project, More Life, is now available for streaming on Spotify or to buy on iTunes. And there are plenty of guest artists that might convince you to take a listen.

Included on the 22-song playlist released Saturday during Drake’s Beat 1 radio show are Kanye West, 2 Chainz, and Travis Scott, and though Drake has a relationship with Apple Music that includes producing exclusive content for that service, More Life can be heard all over the internet.

Aside from Apple, More Life is also available on Tidal and Spotify.

As the Verge points out, Drake’s last album, Views, set the weekly streaming record when it was played more than 250 million times in its first week on Apple Music.