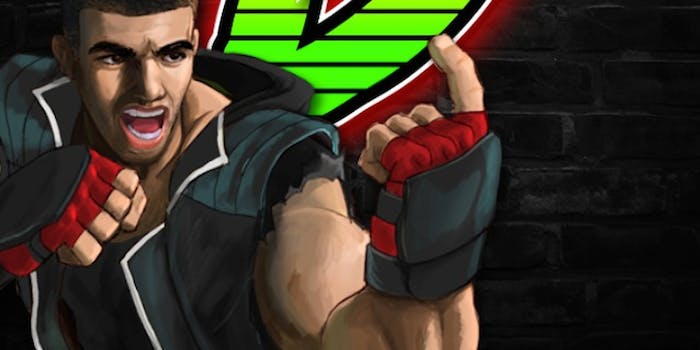 On Aug. 8, Drake and Lil Wayne kicked off a joint tour, branded as “Drake vs Lil Wayne.” A new app for Android and iOS lets you interact with the rappers while they’re on tour, by playing them against each other like Street Fighter characters.

The tour is sponsored by Capcom, so this makes sense, and it’s no doubt capitalizing on the recent release of Ultra Street Fighter IV. During the rap battle portions of the show, fans can help them “power up” and influence their performances on the stage, though they will not be physically fighting each other.

The tour app market has taken off in the last few years, though it’s still fairly niche, and it costs a lot of money to produce an app specifically for a tour. This Billboard review from Sunday’s Chicago stop reveals the crowd picked Lil Wayne first, thus making him player one, and possibly making Drake feel sad about it.

But hold up, wait a minute: Another review from the show claimed all that tapping on your phone might not have actually had any effect, and that an entire arena of fans might have just been desperately touching their phones in vain. The reviewer also said downloading the app at the show was hilariously futile.

The gamification of tour apps seems inevitable, but it seems this one has a few kinks to work out. Apparently you do not only live once.