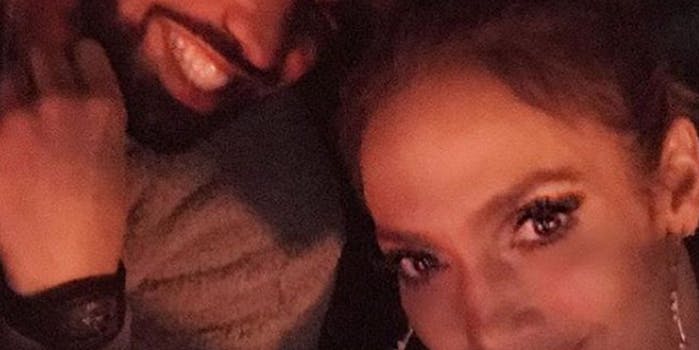 They're just too perfect for each other.

Aubrey Drake Graham may have hooked yet another one into his web of savage pettiness toward women. The Toronto rapper and clumsy-yet-successful Lothario has been seen out and about with Jennifer Lopez.

He’s been to at least two of her Las Vegas residency shows, one of which he commemorated via Instagram. (Then again, he also took in a UNLV women’s basketball game, which featured the Gonzalez twins.)

But Drake and J. Lo have operated in close quarters elsewhere. He apparently rented out Delilah, a swanky restaurant in West Hollywood—with Lopez as his esteemed guest.

Happy birthday Jennifer Lopez, legendary icon – and your show in Vegas is next level

There were a few nobodies—a couple of trained dancers, a Cuban waiter, the guy she came out to Los Angeles with from Queens. This time it feels different.

Why would Drake and J.Lo work? For one, the instant gratification of mutual thirst could fuel their prospective relationship forever, like how plants yearn for sunlight and water. Drake would be more than happy to be J.Lo’s showpiece, preening in his Tom Ford. They would star in each other’s Instagram videos, feeding each other grapes; not because either wants to be feeding the other grapes out of some old-fashioned sweetness, but because they would look amazing doing so, which is just as essential.