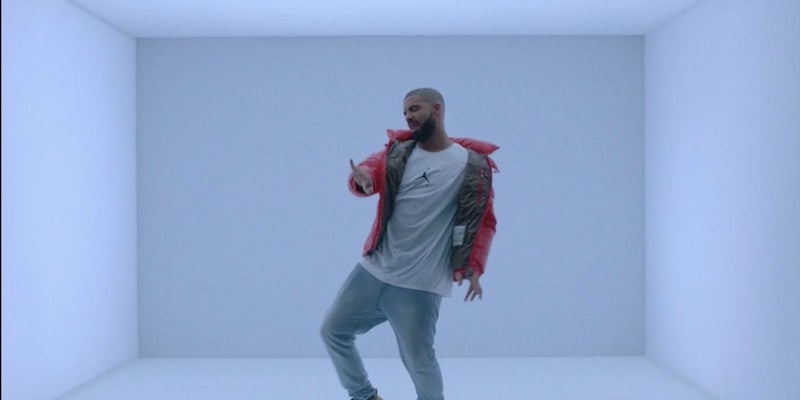 His moves are always on beat.

The Internet’s hard-working Drake fans toiled ceaselessly Monday night after the artist released the video for Hotline Bling on Apple Music. The video, full of shimmies, headbobs, and hip thrusts, provided no shortage of GIF-worthy material.

But the real gift that keeps on giving, as some Twitter users aptly pointed out, is syncing up Drake’s signature moves with well-known theme songs.

Take a look at what happens when Drake gets peanutized.

Or even Cosby-ized (the show, not the man).

If ’90s theme songs aren’t your thing, Drake can shake a leg to a Latin beat, too.

Drake’s on beat all over the world.

Who's responsible for this https://t.co/ENbhmgfYrf

Update 3:40pm CT: The Daily Dot has added its own contribution to the mix on Vine: