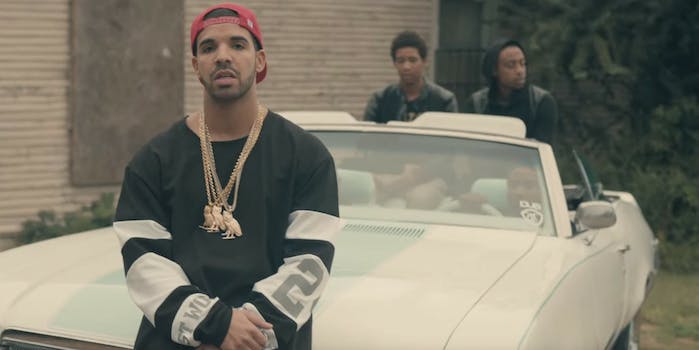 Canadian woman calls upon Drake to inspire teens to vote

Can Drake rock the vote?

Canada has a voter turnout problem among 18- to 34-year-olds. Vancouver’s Karilynn Ming Ho thinks she has the obvious solution: get noted Canadian and hot person Drake to make a “rock the vote” PSA.

Ho has spearheaded a Change.org petition that is well on its way to reaching its 10,000-signature goal and hopefully getting the 6 God’s attention.

As Ho wrote on the petition page, the youth vote is lagging due in large part to “feelings of disenchantment and indifference” toward a system that’s “completely out of touch with today’s youth.” She’s hoping that a spokesperson like Drake will motivate young Canadians to care about what’s going on in their government.

Considering that his lyrics are usually about texting, smooching, or missing the people he used to text and/or smooch, a political video might be a little outside of Drake’s comfort zone. Then again, that might be just the kind of serious stuff he’s looking to do now that he’s reportedly dating G.O.A.T. tennis star Serena Williams. At a bare minimum, it’ll give us all a new sub-Papi flavor to freak out over.

So, Champagne Papi, if you’re reading this: Do the right thing. The teens need you. Canada needs you.