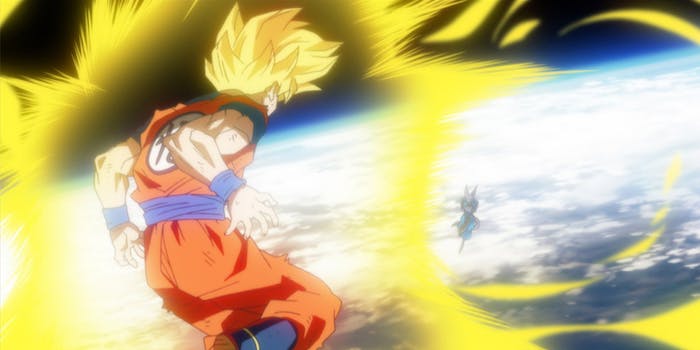 Start practicing your Super Saiyan transformation reenactments everyone, because the new Dragon Ball Z movie Battle of Gods is coming to US theaters.

For the days of August 5, 6, 7, and 9 US audiences will be able to see Goku duke it out with whatever asenine threat is trying to destroy the universe.

The movie saw it’s theatrical debut in Japan back in March of 2013, and since then has grossed over 47 million worldwide. The reported budget of the film was around 50 million yen, roughly 50 thousand dollars.

It’s quite the resounding success, and still shows the cachet the series has 25 years after its animated debut back in 1989.

The film will release nationwide to 350 theaters. You can catch the trailer below.