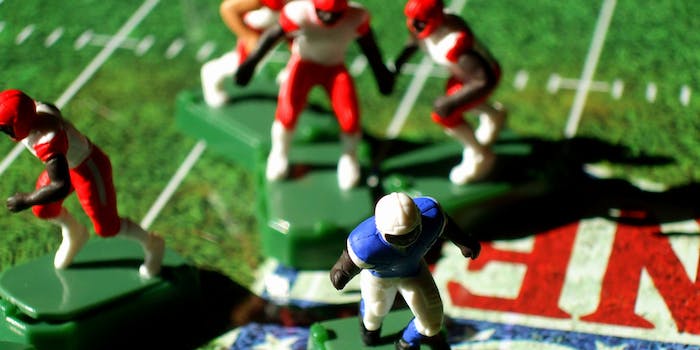 Are DraftKings and FanDuel having money problems?

With all the problems that daily fantasy sports sites have encountered in the past couple months—everything from FBI investigations to multiple states banning their residents from participating in them—those who play on FanDuel and DraftKings seemingly weren’t affected much by all the controversy. But they might be now, because reportedly, both sites appear to be having money issues.

According to the Wall Street Journal, DraftKings has asked some of its advertising partners to give the website more time to pay for its ads. Meanwhile, a FanDuel spokesperson said, via Business Insider, that the company is two-to-three days behind paying customers who withdraw their money.

The Journal writes that DraftKings has asked at least one media company to give the website up to 120 days to pay for its commercials, about twice as much time as is considered normal. DraftKings also has asked for the advertising commitments it had made for the fourth quarter of the year to be delayed until the first quarter of 2016.

Considering DraftKings spent the most on advertising of any company in this country in September, and that the money it spent in ads from Nov. 2-8 (about $1.8 million) is half of what the site spent weekly in September and October (between $4-6 million), that request from DraftKings doesn’t seem like a good sign for the websites or for their network partners.

“We have good relations and are in good standing with all of our partners. We are always in dialogue with them, including now,” DraftKings said in a statement. “Our strategy on advertising was to have a strong presence in the market for the two weeks prior to the start of the NFL season and the first week of the season. Since then, we’ve been scaling back and we plan to continue to do so. Additionally we are a very analytically driven company and discontinue channels that are not performing well for us.”

As for FanDuel, spokesperson Justine Sacco said that customers who have asked to be paid by check are having to wait an additional three days while those who want to receive their money through PayPal are waiting two extra days.

The problem, the company said, doesn’t have to do with the state of New York declaring last week that the sites were considered gambling—the state sent cease-and-desist letters to FanDuel and DraftKings. Instead, Sacco said the site is “rolling out additional [identity] verification systems” that will help prevent fraud.