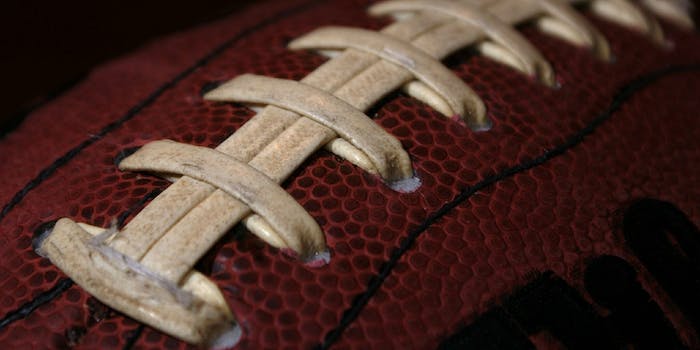 This story is not going away anytime soon.

If daily fantasy sports sites like FanDuel and DraftKings hoped that suspending their employees from betting on rival sites would fix the recent spate of bad news and even worse publicity, a newly filed lawsuit should put an end to that optimism.

Daily fantasy user Adam Johnson of Kentucky has filed a federal lawsuit against the two sites for negligence and fraud and misrepresentation.

Johnson said that he spent at least $100 at DraftKings but that, if he had known about the potential for what amounted to insider trading, he wouldn’t have given his money to the site.

News broke this week that a DraftKings content manager had won $350,000 in a tournament at FanDuel in the same week that he accidently leaked insider data that potentially could have given him an advantage in the game.

DraftKings adamantly denied that the employee used the information, but both sites immediately sprang into action, banning their employees from co-mingling with other sites.

The reason why it is important to know the overall ownership percentages of each player is that the path to winning big on these sites often involves NFL players owned by only a small percentage of fantasy players having a big performance. “Rostering some players with low ownership percentages and a high upside is a strategy that many players employ,” Legal Sports Report explained.

On Monday, the two fantasy sites released a joint statement.

The Fantasy Sports Trade Association (FSTA), DraftKings and FanDuel have always understood that nothing is more important than the integrity of the games we offer to fans. For that reason, the FSTA has included in its charter that member companies must restrict employee access to and use of competitive data for play on other sites. At this time, there is no evidence that any employee or company has violated these rules. That said, the inadvertent release of non-public data by a fantasy operator employee has sparked a conversation among fantasy sports players about the extent to which industry employees should be able participate in fantasy sports contests on competitor sites. We’ve heard from users that they would appreciate more clarity about the rules for this issue. In the interim, while the industry works to develop and release a more detailed policy, DraftKings and FanDuel have decided to prohibit employees from participating in online fantasy sports contests for money.

Congress recently took notice of the issue, and the New York State Attorney General’s office launched an investigation on Tuesday.

Major League Baseball, a DraftKings partner, said in a statement this week that MLB “prohibits its own players and employees from participating in fantasy baseball games where money or something of value is at stake, and did not know that the situation was different at DraftKings.”

In addition to MLB, DraftKings also partners with the NHL and the UFC, while FanDuel is in business with the NBA and 16 NFL teams.