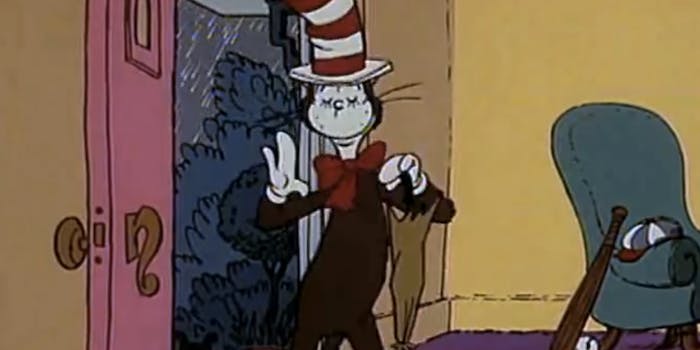 Get your 'Cat in the Hat' or 'Green Eggs and Ham' fix on YouTube.

Master of the motivational and life-affirming message, Dr. Seuss has inspired generations with his children’s books. Now those messages can be found on YouTube thanks to his dedicated fans.

Those fans are today celebrating what would have been Seuss’ 111th birthday. He died at the age of 87 in 1991, but his work has lived on through more than 40 books he created over his career, many of which were turned into beloved cartoons. Fans have uploaded several classic Seuss cartoons to YouTube, perfect for satisfying your Seuss craving in celebration of his birthday and perhaps winning over a new generation of fans.

The Cat In the Hat

Horton Hears A Who