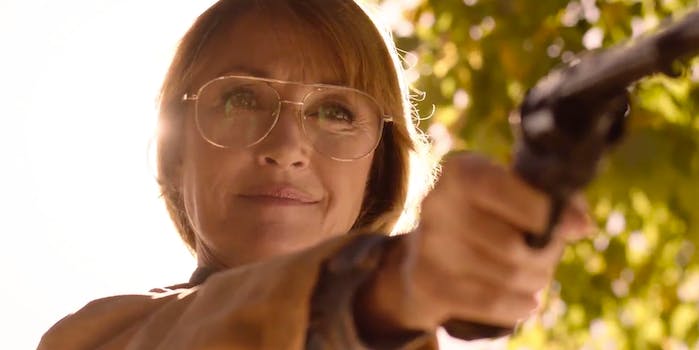 This isn't the same Dr. Mike Quinn you watched in the '90s.

The cast of Dr. Quinn, Medicine Woman reunited to tell a very different story from the one fans are used to.

Almost 20 years after the longtime western drama went off the air, its fanbase has been rewarded with a shiny reboot (with the whole cast) that shows Jane Seymour’s Mike Quinn isn’t really the gentle doctor you used to watch. Instead of trying to convince the town that a woman is capable of being a doctor in the 19th century, she’s buying her patients’ loyalty—one drop of morphine at a time.

The cast assures everyone that it’s in no way like Breaking Bad, but you can’t ignore the coincidences. Mike and Sully have a seemingly much more stable relationship than the Whites do, but even when you replace meth with the drug of the day the story plays out the same. Intelligent person sees a market, gets everyone hooked, and rolls in the dough (and rolls it in a giant container).

It’s a story as old as time.