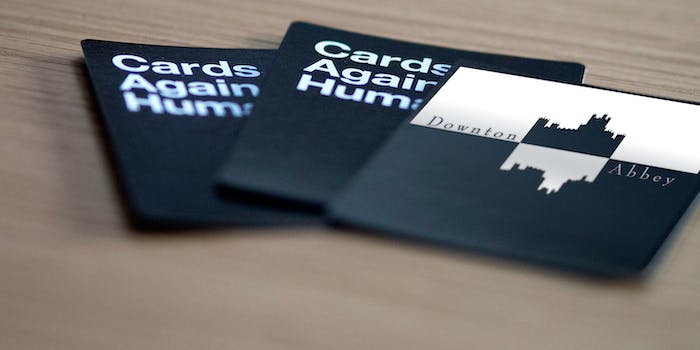 The Dowager certainly wouldn’t approve of this.

For some reason, Entertainment Weekly had Downton Abbey stars Laura Carmichael, Lesley Nicol, and Phyllis Logan (Lady Edith Crawley, Mrs. Patmore, and Mrs. Hughes, respectively) come together and play a rousing game of Cards Against Humanity. The characters have been met with plenty of shocking revelations during the show’s five seasons, but for the prim and proper Crawleys and their servants, this colorful language might be even worse.

We know full well how dark and twisted CAH can quickly get, but this game manages to stay more on the tame side thanks to the luck of the draw. Still, there’s something to be said about a bunch of people laughing at “Farting and walking away” and “Bitches” as answers. They know what you want to hear.

Naturally, Lady Violet manages to get in the last word anyway.