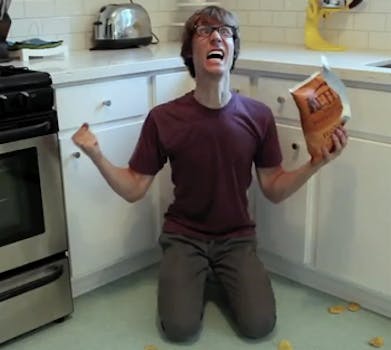 Dotted Lines: “Your Food Packaging is Bad and You Should Feel Bad”

Jeff Wysaski (of Pleated-Jeans fame on Tumblr) has filmed his intense personal battle with the food packaging industry for your entertainment.

Above: Hate terribly-designed food packaging? Jeff “Pleated-Jeans” Wysaski feels your pain, and he proves it in his latest video.