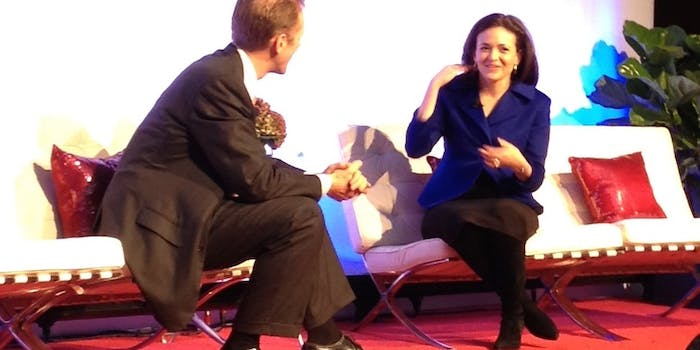 Are we lurkers in the stories of our online lives?

I’m in New York at some thoroughly self-congratulatory, self-important industry conference. Post-Wall Street, this city hopes to reinvent itself as some gassy conflation of technology and media. For a city that never sleeps, it sure is full of dreamers.

The latest dream, of course, is to bottle buzz. Likes, shares, retweets: They’re all a new currency, but Madison Avenue’s marketers have yet to figure out what wampum to trade for it. Here at Business Insider’s Ignition conference in the Time Warner Center, everybody’s looking for an angle, a formula, a sure-fire hit.

But like the egg salad in the building’s basement Whole Foods Market, what spreads online is thoroughly organic.

That’s the message that Jonah Peretti, the high priest of virality and a cofounder of the Huffington Post and BuzzFeed, delivered Wednesday. The magic of a piece of content catching like wildfire depends on a keen understanding of the networks they live on.

That may be maddening for marketers. But for the rest of us, it’s a blessing. If there were a simple way to make a message go viral, life online would be like a Midtown traffic jam: Everyone honking, hawking, and shouting.

Ultimately I find that notion cheering. What Peretti calls “networks”—Facebook, Twitter, I Can Has Cheezburger—are really communities. Or, to use an old-fashioned term, people. Whatever algorithms emerge to optimize virality, we’ll toy with, subvert, game, and make our own.

Take a relatively minor change Facebook made in how they present photos. The high-minded notion I imagine they cooked up at Facebook headquarters was to encourage people to showcase high-quality snaps of friends and family.

But I’ve noticed a different thing happening: Your News Feed is now a meme machine. Image macros—those pictures of animals, kids, or news photos with funny captions—are now displayed at full size. So Facebook has become the home of the new email forward.

On Thursday morning, Facebook COO Sheryl Sandberg showed up to give her stump speech. According to Sandberg, Facebook is about sharing your real life with your real friends. Really!

There’s no room for playing with identity or humor or trickery—cores of the human identity since the days of Loki and the Raven. As smooth as Sandberg is, she comes off as stiffly on-message—the mark of a politician.

Not that she’s running for office! The former White House aide turned Google executive strongly denied any interest in running for president of the United States. Too bad, because we really need a female Mitt Romney out there on the hustings.

Do Facebook users really share that much of their lives? Facebook talks a lot about their 800 million-plus users. As many as 500 million log on in a single day, Sandberg revealed. But on the average day, only 35 million—seven percent—post a status update, she said.

So most of us are lurkers in the stories of our lives. We’re not oversharing. We’re undersharing.

As at every conference, the real action is in the hallways. That’s where I ran into the always feisty, new-media warrior Rafat Ali, the former founder of PaidContent who has plans for a travel-guide startup called Skift.

I wrote about Ali’s travails, both personal and professional, when I was at Valleywag, so it’s a signal note of his gracious soul that he didn’t hold that history against me.

But I did miss some hallway fireworks that Ali had with a speaker at the conference, Glenn Beck, the former Fox News thunderpants who has some fancy-sounding Internet media venture. Ali is Muslim, and Beck is known for his anti-Muslim rhetoric, so Ali called him out.

“I am a citizen, I started a company, sold it, I employed people, paid taxes and want the best for this country,” Ali recalled telling Beck. “What you say tears away at that; it hurts people. Have you ever thought that?”

It was a far more interesting moment than anything that happened on stage. I kind of hope Ali’s message goes viral. It’s a message that would be useful for millions to hear.