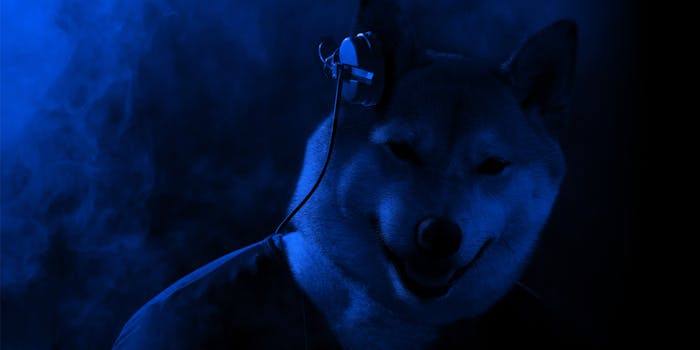 Who let the doge out? It’s hard to remember.

Nipping at the heels of Dogecoin and Lonely Doge is Doge Records, a new London label, and the latest entity to co-opt the ubiquitous Shiba Inu meme. Sadly, it doesn’t look like Doge Records will be releasing music from actual dogs, though.

The label’s owner says Doge Records will be devoted to limited-edition vinyl house music releases, and the first release, out next week, will be by an “unknown” artist, in keeping with white-label dedication to limited-release anonymity. The four tracks span New York, Detroit, and Chicago house.

The label is so named as a nod to modern technology’s devotion to the meme, which was declared dead last year after being co-opted by the GOP. The owner, identified as “John,” explained that “the house music community haven’t exactly fallen over themselves to embrace him, so I thought it was about time that changed.”

Of all the genres that might have latched on to an Internet meme, house music seemed like the last holdout, though doge has appeared on Soundcloud quite a bit. Alternately, plastering an oversaturated meme on your new obscure house label is the exact meta-meta-action that fuels the Internet. It helps this whole venture that the music’s actually pretty good.

There will be more Doge Records releases after this initial one, and you can pre-order the debut at Kristina Records. Insert “doge house” jokes here.