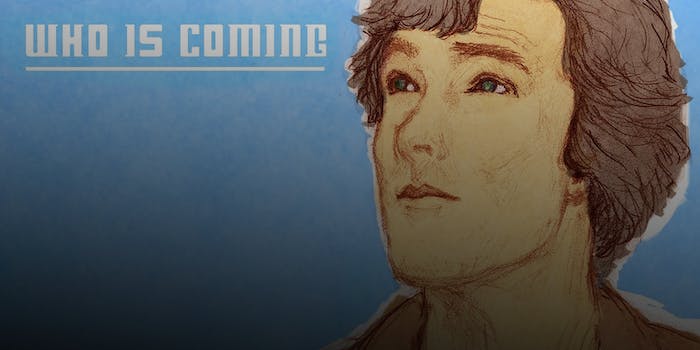 No, the most heated political controversy of the year in Britain is about to come to a head today at 2pm ET—when millions of fans learn whether the Twelfth Doctor Who is going to be yet another white dude. Update: Meet Peter Capaldi!

Steven Moffat, creator of the popular Doctor Who revival, fanned speculation last year that the next Doctor could be a woman, when he remarked that “a Time Lord could potentially turn into a woman. The more often it’s talked about, the more likely it is to happen someday.”

Many people have campaigned for a female doctor over the years, most notably Helen Mirren, who’s been outspoken in her repeated suggestions that it’s time for a woman to helm the Tardis.

Meanwhile, other fans have campaigned equally hard for the next Doctor to be someone not white. Considering that the only characters of color on the series’s main cast so far have been companions or sidekicks, it’s high time that the Doctor step into a less pasty skin—perhaps British heartthrobs Idris Elba or Chiwetel Ejiofor, both names that have been bandied about by fans.

But the suggestion that Twelve—who by definition is a regenerating alien who could take on any human form he or she likes—might actually be the first Doctor to break the mold has led to an onslaught of backlash and handwringing. It doesn’t help that Moffat himself is notoriously uninterested in the criticisms that his legions of fans have raised about the racism, sexism, and homophobia in his shows.

“The only way to write anything is to write it for yourself,” he commented at this year’s Comic-Con. “It’s witless and completely pointless to try to think of what other people would like.”

But when you, yourself, represent the top of the sociocultural food chain as a straight white dude, it helps to think, at least a little, about how your actions and representations of the world impact the other people around you. Moffat’s continual thoughtlessness in this regard is readily on display. A Tumblr fandom critique blog called feministwhoniverse compiled Steven Moffat Is a Douchebag: The Master List. Unstated, but still topping the list for many audience members, is that all of these reasons together are why there won’t be a female Doctor Who.

Speculation has run rampant about who the next Doctor will be, but as the clock winds down, one clue may be forthcoming already:

Just photographed the next Dr Who for tonight’s announcement. Let me know what you think of the photo? He’s going to be an ace Dr.

If it’s true, then we can only hope for Tumblr’s sake that the next male Doctor breaks the longstanding British mold—because in a world where lack of representation is a hot-button topic, what may be only “someday” for Moffat is right now for many of his fans.