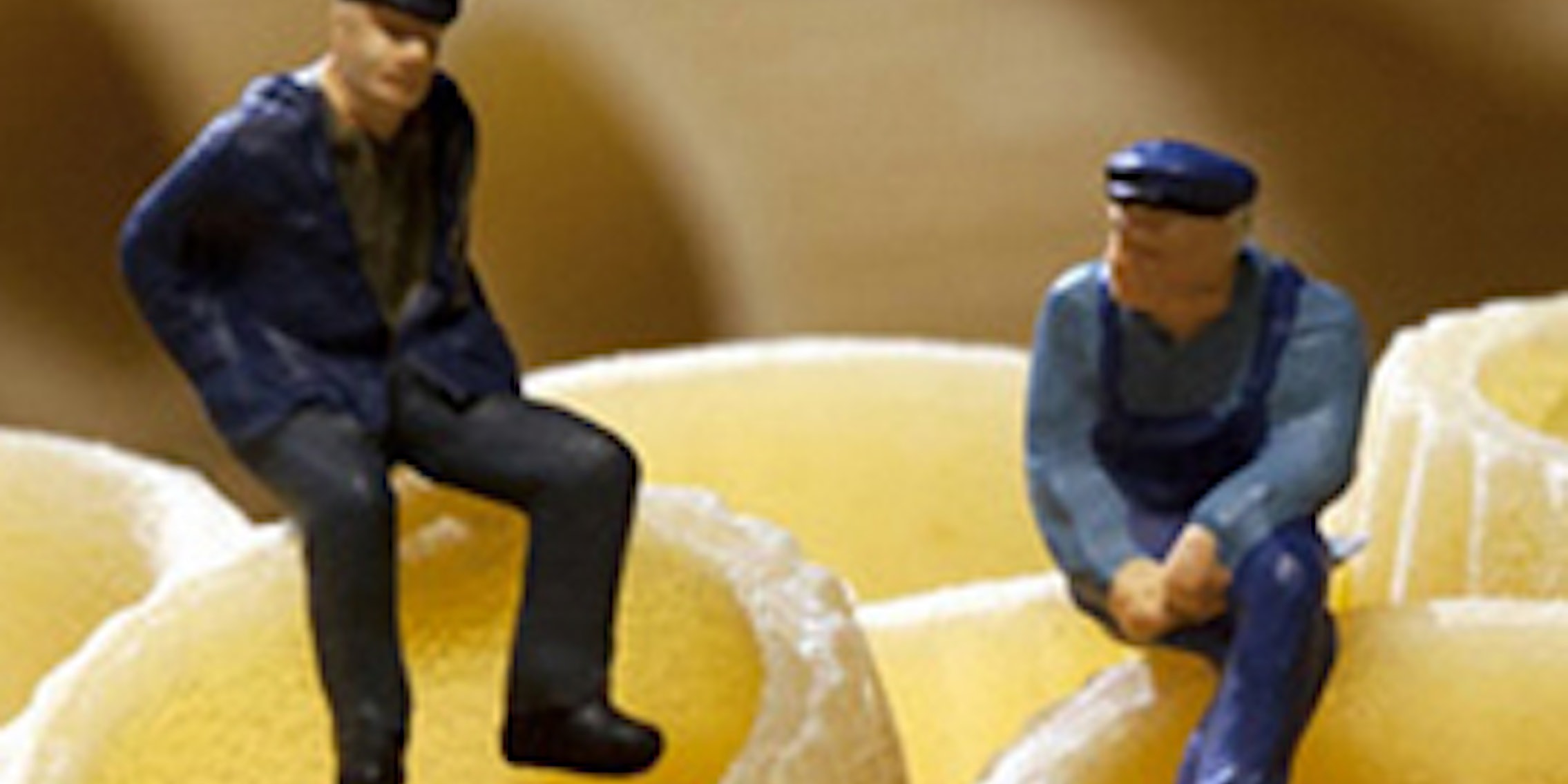 Christopher Boffoli claims he issued takedown requests that were ignored.

Artist Christopher Boffoli credits his success to his work going viral on the Internet.

Ironically, he’s suing Twitter so that can’t happen in the future—at least not without his permission.

The creator of the popular “Big Appetites” art series, in which small human figurines cavort among larger-than-life foods, animals, and other items, has filed a complaint against Twitter for its failure to remove his copyrighted work from its servers or to delete tweets linking to uploads by hosting sites Twitpic and others.

Boffoli told the Daily Dot that the lawsuit isn’t about money. “I just want Twitter to be more responsive to artists who are trying to protect their copyright. They need to take takedown requests seriously and respond to them.”

Boffoli’s legal team spoke with Twitter yesterday. He said Twitter’s representatives claimed to be unaware of the takedown requests and that the lawsuit had taken them by surprise. They are currently looking into it, and told NextWeb they did not comment on pending lawsuits.

The 1998 Digital Millennium Copyright Act (DMCA) provides a “safe harbor” provision that shields most Internet service providers (ISPs) from being held responsible for copyright infringement that individual users on their websites engage in. Twitter is an ISP, so it should be safe from liability, provided it didn’t intentionally ignore Boffoli’s DMCA takedown requests. Boffoli’s complaint alleges that’s just what it did.

Boffoli claims that Twitter sent auto-replies to each of his notices and then never did anything about them. In his complaint, he alleges contacting Twitter four times by email to inform them of instances of users uploading his copyrighted works without authorization. Twitter did nothing. Frustrated, Boffoli went to his lawyers.

Boffoli’s wish to protect his copyright against Twitter’s broad-reaching TOS is preemptive. “I don’t know how they might use the content in the future, but as an artist, I should have a right to control my content. Other people shouldn’t be giving away my property to a major corporation. They could possibly do whatever they want with it.”

Boffoli doesn’t worry about alienating his fans. “I’m genuinely grateful that people are so enthusiastic about my work and want to share it.” He doesn’t mind sites like Tumblr, because even though one image could be reblogged thousands of times, it’s still just one image. “It’s about the quantity of images, not number of views,” he says.

“I don’t think that the people uploading my content without permission, or Twitter, have any malicious intent. My objective is not to police every violation of my copyright on the Internet. If somebody takes a couple of pictures and puts them on the internet, that’s fine. But if somebody is putting 60 pictures on their site, then I’ll send a notification politely asking them to take it down.”

If the objective of Boffoli’s complaint is to raise awareness and get Twitter to be more vigilant, he might succeed. Legally, however, he may be on shakier ground. Georgetown law professor and former Supreme Court clerk Rebecca Tushnet told the Dot that from a legal perspective, Boffoli’s complaint seemed to be vague:

“From the complaint, there’s simply no way to tell what kind of case this is; it lacks too many details about whether Boffoli’s notice was sufficient. There is no liability merely for not complying with the DMCA, though if it’s true [that Twitter ignored Boffoli’s notices], that is likely to affect a court’s assessment of Twitter’s knowledge. But as for links alone, that’s an upward slog for an infringement case.

Boffoli isn’t worried. “If Twitter will respond to artists’ claims in the future,” he says, “that’s all I want.”