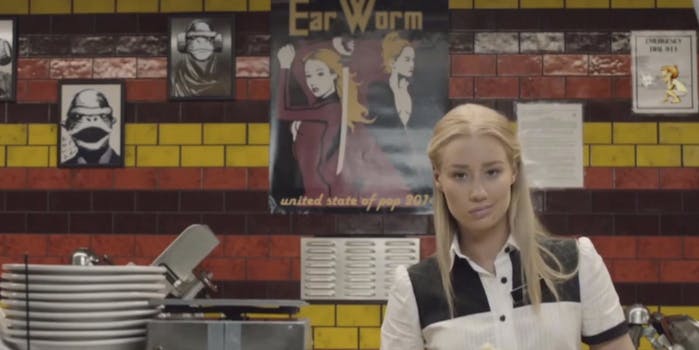 The biggest pop songs of 2014 come together to form an all new supersong.

One of YouTube‘s clearest markers of the passage of another year has arrived: DJ Earworm‘s 2014 United States of Pop mix is now available.

Earworm has been mixing since 2003, but after  fan-made video to a mashup of his went viral in 2007, he turned to videos and exploded. Starting in 2008 he’s released a Year in Pop video mashup annually, piecing together the years’ most popular songs into a fantastic new creation to encapsulates what pop music meant in the months past.

“I’m trying to make pop songs, not mixes,” Earworm told the Daily Dot in 2012. “It’s a different angle than a lot of people take, and when you’re trying to get all these songs in, it’s really easy to just make a mix instead of a pop song.”

This year’s mashup, subtitled “Do What You Wanna Do” after a line in Maroon 5‘s hit “Animals,” heavily features 2014’s big-name stars like Taylor Swift, Iggy Azalea, and Meghan Trainor. Prior to this iteration, Earworm has already racked up more than 95 million views collectively across his year-end mashups, and 2014 will likely push him over the 100 million mark.

Below are this year’s included songs: