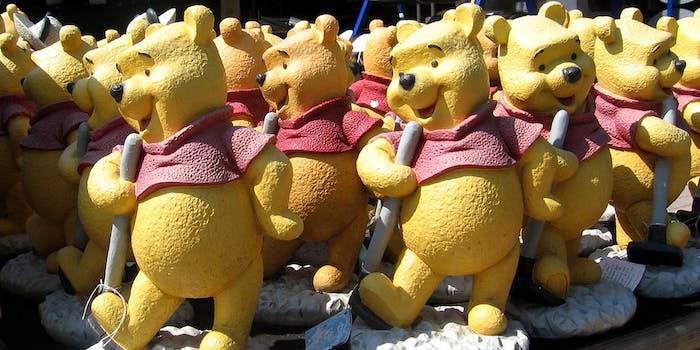 A live-action ‘Winnie the Pooh’ film is on the way

The Hundred Acre Wood will look a little different this time around.

Hold on to you honey pots! Another beloved animated Disney property is about to get the live-action treatment. According to Deadline, Winnie the Pooh is next on Disney’s list to be remade into a live-action movie.

The remake will follow Christopher Robin as he returns to the Hundred Acre Wood as an adult. Indie filmmaker Alex Ross Perry has been hired to write the film with Brigham Taylor producing. Exactly how we’ll see Pooh, Piglet, and the others in the film has yet to be revealed, though Perry took to Twitter to address some questions about their portrayal.

The news comes right on the heels of Disney announcing Monday that Mulan would receive a live-action remake. According to The Hollywood Reporter, the Mulan script was written by Elizabeth Martin and Lauren Hynek.

These two films are just the latest in Disney’s new line of upcoming live-action movies which include Beauty and the Beast, The Jungle Book, Pete’s Dragon, and Dumbo. They follow the success Disney has had in the past with such films like Alice in Wonderland, Maleficent, and the recently released Cinderella.