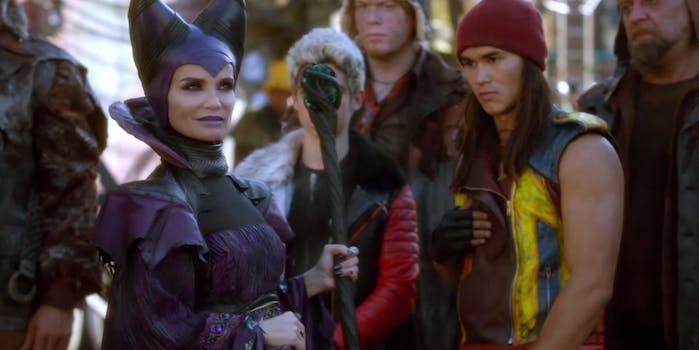 You had us at 'Kristin Chenoweth as Maleficent.'

The trailer for Disney‘s The Descendants is precisely what you would want from a TV movie about the teenage kids of Disney villains.

This movie has everything: a setting that combines American high school teen hijinks with fairytale fantasy, Kristin Chenoweth as Maleficent, arbitrarily ridiculous-yet-fabulous leather costumes, middle-aged Cinderella and Prince Charming having a preppy son named Chad, an evil queen whose name is literally Evil Queen, her daughter named Evie to match.

As soon as we heard about this movie last year, we were certain it would be the next Disney Channel sensation. It’s directed by High School Musical‘s Kenny Ortega, involves more Disney characters than you can shake a stick at, and doesn’t take itself remotely seriously. Eat your heart out, Once Upon A Time.