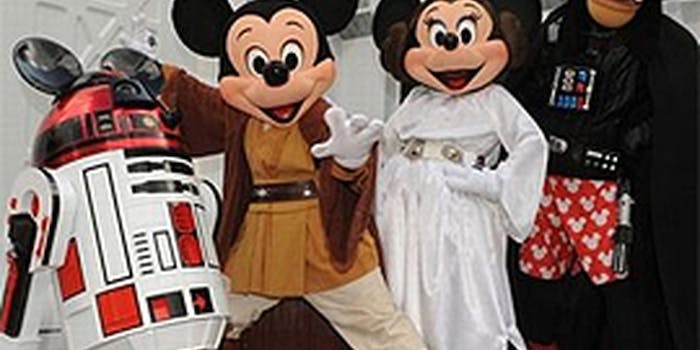 The “Nooooo!” heard round the Internet: Disney buys LucasFilm

The Walt Disney Company has announced it will acquire LucasFilm, the company behind Star Wars and release Star Wars 7 by 2015.

It was the “NOOOoooooOOOOO!” heard round the Internet.

“Disney to Acquire Lucasfilm Ltd,” stated the press release issued by the Walt Disney Company at 3:30 EDT.  The news came shortly before a web broadcast of a conference call to finalize details between the House of Mouse and the company that brought us Star Wars.

Naturally, we did what the rest of the Internet did–grabbed popcorn and watched as the news spread around the globe faster than you could say “Han shot first.”