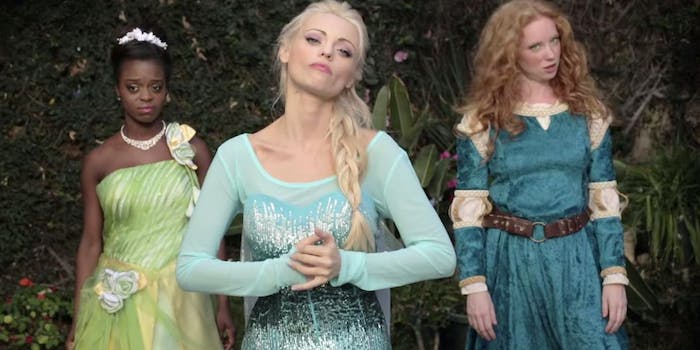 Who knew Belle from Beauty and the Beast was so badass?

The idea of a Disney princess rap battle was cool on its own, but getting Sarah Michelle Gellar to play a bitchy Cinderella? Well, that’s just perfect casting.

This video sees Cinderella and Belle from Beauty and the Beast throw shade at each others’ love lives and reference Disney history. While we love seeing Buffy rap lines like “Bibbidi-bobbidi-booyah, he was mine before midnight,” we’re going to have to side with Belle here. Cinderella may have made Disney a ton of money back in the 1950s, but Belle is way more badass.