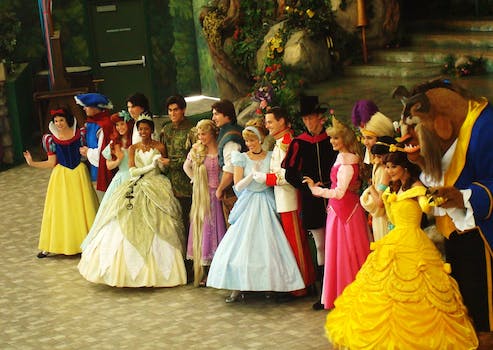 Writer responds to criticisms of Disney’s ‘Princess of North Sudan’

Many people think this movie sounds like a racist nightmare, but its writer says they've been misled.

Disney‘s latest princess movie sounds worryingly tone deaf, provoking accusations of racism long before it’s due to go into production. Following this backlash on Twitter, the film’s screenwriter claims the movie has been misrepresent by the media.

According to The Hollywood Reporter, The Princess of North Sudan is a “unique princess tale inspired by the true account of an American man claiming a territory in Africa and proclaiming himself and his family its royal rulers.”

Judging by this description, it sounds like a glamorized tale of colonialism, with white Americans arbitrarily claiming some African land as their own. There is basically no way to tell this “fantastical adventure” story without it seeming hideously racist, which is why so many people are tweeting horrified reactions like this:

"Princess of North Sudan" is a mess. It is a Disney project about literal white entitlement.

THR says the movie is based on the true story of Jeremiah Heaton, a Virginia farmer who “claimed” Bir Tawil, a deserted stretch of land between Sudan and Egypt. He proclaimed his 7-year-old daughter Emily a princess, and the Heaton family (who still reside in Virginia) decided to rename the land “the Kingdom of North Sudan.” By the way, this all happened in 2014, not 200 years ago.

While the Disney Princess brand has diversified over the past few years, its most prominent characters are still white princesses like Cinderella and Snow White. If The Princess of North Sudan turns out to be a cutesy adaptation of the Heaton family story, Disney is torpedoing its chances of moving past the racist subtext of its earlier movies.

However, The Princess of North Sudan‘s writer Stephany Folsom has already spoken out against the criticism on social media, saying that the THR article painted an inaccurate picture of the movie.

As laid out by @THR article I can understand why you'd be upset. Rest assured that is NOT the story we are telling. #PrincessOfNorthSudan

Folsom’s comments are somewhat reassuring, indicating that she knows exactly why THR‘s announcement caused such an extreme reaction. Still, it’s difficult to imagine how The Princess of North Sudan can avoid having a colonialist subtext if it bears any resemblance to the real Heaton family story.

The Daily Dot reached out to Stephany Folsom for clarification, but she has not yet replied.

Photo via mydisneyprincesses/Wikimedia (CC BY 2.0)