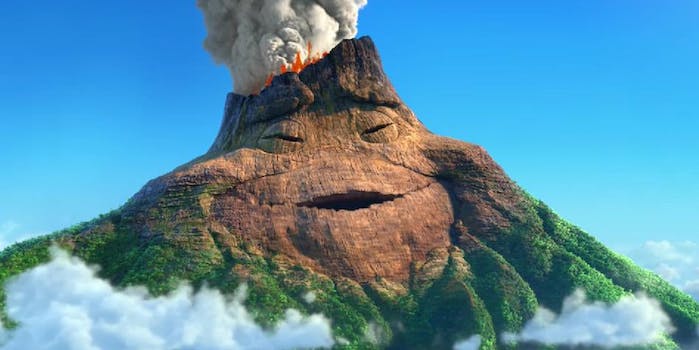 Volcanoes can take anywhere between 10,000 to 500,000 years to form, making them some of the oldest—and loneliest—natural phenomenons on Earth.

These facts have been captured in a clip from Disney Pixar’s “Lava,” a short set to premiere before the studio’s upcoming film, Inside Out.

“Inspired by the isolated beauty of tropical islands and the explosive allure of ocean volcanoes, ‘LAVA’ is a musical love story that takes place over millions of years,” Pixar states on YouTube, where the clip has collected more than 66,000 views in the past 48 hours.