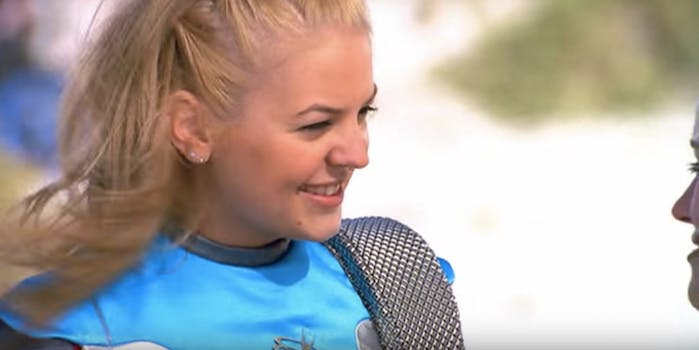 Zetus lapetus! If you don’t know what that means, you’re about to.

Disney Channel is reportedly hosting a four-day marathon of 51 Disney Channel Original Movies over Memorial Day weekend. According to Nick and More, Disney Channel is hosting the marathon to gear up for the summer release of its 100th original movie: Adventures in Babysitting. The Daily Dot has reached out to Disney for confirmation.

Disney Channel has been producing original films for over 30 years, starting with Tiger Town in 1983. Since then, it has produced dozens of original movies, including Zenon: Girl of the 21st Century, The Cheetah Girls, Camp Rock, and Johnny Tsunami. Some of the films live on as nostalgic cult classics, while others, like the recent Descendants, have launched successful franchises.

The marathon reportedly starts Friday, May 27 and continues through the following Monday. It’ll also be available to stream on Disney Channel’s website and apps. According to Nick and More, it looks like Disney Channel may be airing two more original movies every night starting May 31. If we’re going to get through all 99 films, that means Adventure in Babysitting could debut as early as June 24.

In the meantime, better brush up on your Microbe lyrics. Zoom zoom zoom.