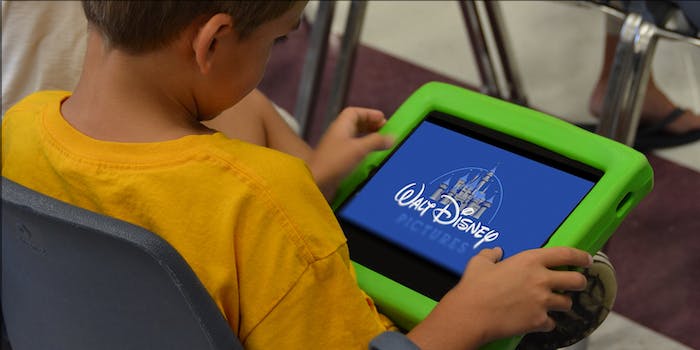 You can now stream Disney movies on any device

Finding Nemo will be easier than ever to locate on a video-on-demand service.

It’s now easier than ever to watch Finding Nemo on the go, regardless of what type of mobile device you’re using.

Disney has finally reached a deal with Android market for its streaming service Disney Movies Anywhere. he new Google Play initiative allows the service to work across any device.

The original iteration of Disney Movies Anywhere launched in Februrary 2014  and included an iTunes partnership that allowed streaming across Apple devices. Now Disney fans who aren’t Apple devotees have a way to manage their Disney, Marvel, and Pixar content across their devices, thanks to a brand new partnership with Google Play.

“We set out to create an exceptional Disney experience that made owning digital movies easy and fun, and with Google Play now on board following our successful launch in February, we are able to deliver unprecedented availability and ease for consumers across a broad range of mobile devices,” said Janice Marinelli, Walt Disney’s lead for domestic distribution, in a statement.

Disney has been a stickler about access to its video content on video-on-demand services over the years, often excluding Disney titles from free promotions. However, as part of its own launch, the company is offering Wreck-it Ralph as a free download to get consumers invested in the Disney download experience.

This is not a gambit to fully erase the digital market for Disney consumers, as Disney Movies Anywhere users can redeem digital copy codes found in physical purchases for matching digital options, as well as view new and exclusive content through the platform. But for parents dealing with screaming kids demanding just one more viewing of Frozen, having the the Mouse’s catalogue at your fingertips is a welcome development.

Photo via Kevin Jarrett/Flickr (CC BY 2.0) | Remix by Jason Reed