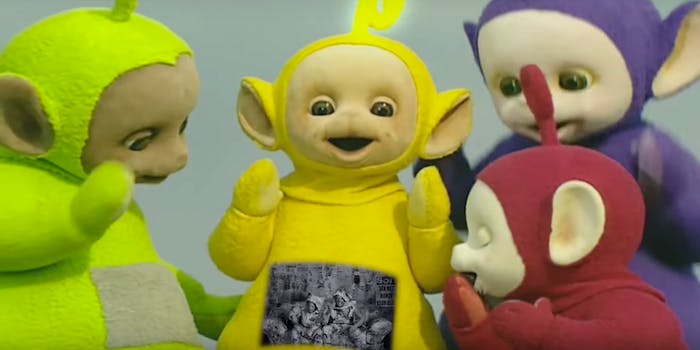 Though the Teletubbies have already been injected into a Joy Division video, this hilarious mashup is hopefully the rebirth of a meme: the Teletubby hip-hop music video.

Bonus: Here’s an inferior but still largely entertaining video of the ‘tubbies rocking out to “Swing,” posted in 2008.