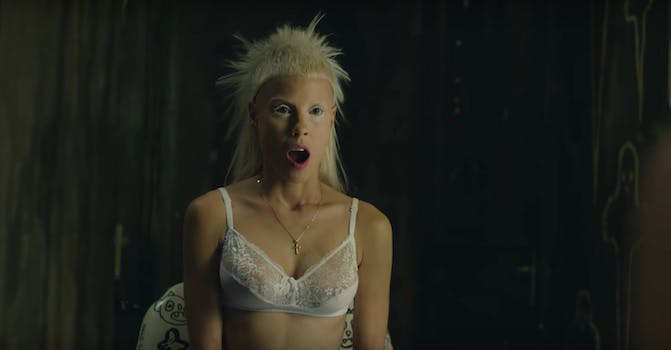 Die Antwoord is set to release its latest album in mere weeks before heading out on a tour of the U.S. The iconoclastic South African rap-rave group added some fuel to their fire with the release of “Banana Brain,” a nearly seven-minute journey of what very well may be Yolandi’s origin story.

The video starts off with a childlike Yolandi pouring her parents tea, along with a little something extra. They’re not the only ones getting dosed, though.

Created by Yolandi and Ninja, the latter of whom also helped with directing, “Banana Brain” is the type of festival banger perfectly at home alongside Die Antwoord’s greatest hits, including its output of cinematic videos.

In Die Antwoord’s latest offering, Ninja co-stars as a version of himself outfitted with prosthetic legs and a penchant for gunfire. Beneath his tough exterior hides a nurturing influence who helps transform Yolandi after the banana brain takes hold.

“Stay with me tonight/’cuz I’m having the best time of my life,” Yolandi croons throughout the rollercoaster ride of her trip. “Banana Brain” has romance, sex appeal, and stays true to an aesthetic so strong, Die Antwoord’s had to call out the imitators for jockin’ it.