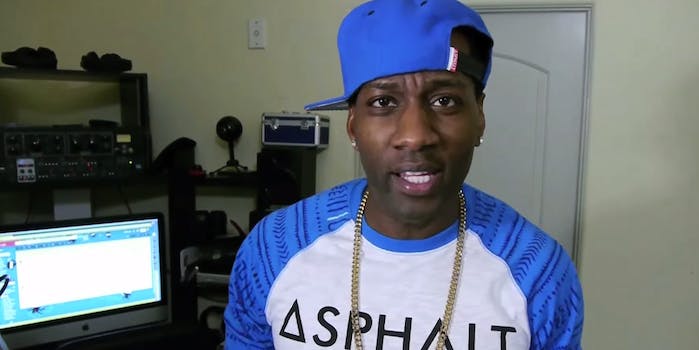 Why Vine star DeStorm Power is focusing on Facebook video

As Facebook increases its focus on video, a man who has already established himself across the social Web is once again building up his audience, and online video content creators would be wise to take notice. DeStorm Power, who emerged as a star on YouTube before shifting his focus to sites like Vine and Instagram, is now paying close attention to Facebook, where he has rolled up more than 790,000 likes.

As DeStorm told Tubefilter, the connection between Facebook’s decision to invest more resources into video and his own rise on the site is no coincidence. “When I saw that Facebook was really focusing on their video, I wanted to take advantage of that,” he said. At the time, his Facebook audience totaled “a few hundred thousand fans.” Since then, he has posted a plethora of images and videos on his page. In addition to re-posting his Vines, Instagrams, and YouTube videos, he also shares relevant content from other sites. 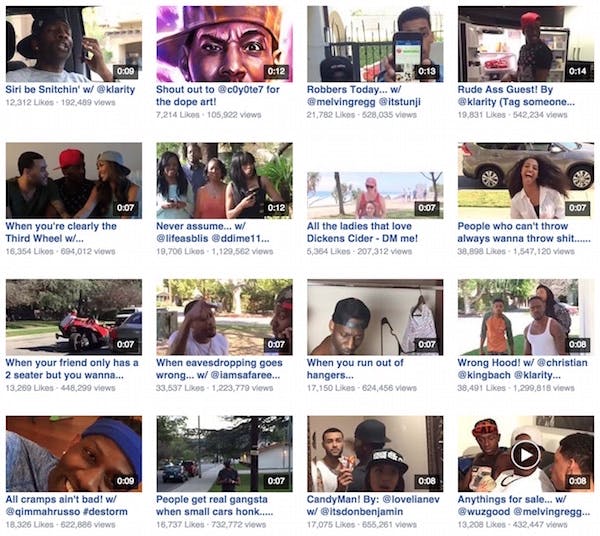 It may seem unnecessary for DeStorm to build an audience on Facebook when he already has so many fans on YouTube (where he has 1.7 million subscribers) and Vine (where he has over 5 million followers). As he tells it, Facebook gives him access to an entirely new base of fans who would not have seen his videos on other platforms. “Facebook, being the largest audience of all, would be a good stepping stone for me to get fans who didn’t know my videos on YouTube or Vine,” he said. “Facebook is more traditionally family, like your parents or your cousins.”

As he looks to wrangle that new audience, DeStorm needs to figure out what sort of videos best strike Facebook’s fancy. He told Tubefilter how many of the music videos he releases on YouTube aren’t right for Vine, and the punchy comedy videos he releases on Vine don’t fit with the YouTube audience. “When I put a certain song on Vine, they love it,” he explained, “but I’ll put in on YouTube and they’ll hate it.”

What, then, is the right piece of content for Facebook? DeStorm is still figuring that out, and in order to hit the sweet spot, he is experimenting with all sorts of posts. “I’ll do both [comedy and music]. I used to do fitness, which I’m getting back into,” he explained. “Facebook is an audience that doesn’t have a certain niche. YouTube is the place where people follow you and subscribe to you because you’re creative. Facebook is a place where everyone just is. It doesn’t matter what you’re doing at the time, you just do it.”

While this philosophy has led DeStorm to a diverse selection of Facebook content, he is not afraid to hone in. “If something starts working better,” he said, “I’ll focus on that.” His filters are not just limited to content types; he also tries different video lengths and posting schedules in order to figure out exactly how Facebook users like to consume their content.

DeStorm’s successes on Facebook are not surprising, since he is known as one of the online video industry’s most versatile content creators. After first building his audience on YouTube, he began making videos on Vine in 2013, and he has since decreased his YouTube activity, much to the chagrin of his subscribers on that platform.

DeStorm’s focus on Vine has been all about the numbers. “I’ve been on YouTube since 2006 and I have close to 2 million subscribers. On Vine, in a year and a half, I have five million there.” It’s those fans that drove DeStorm to Vine, and they’re now driving him to Facebook as well. “I have to go where the people are,” he explained. “If you put your heart into creating a piece of material, you want the most people to see it. If my fans are my fans, they’ll go where I am. It’s about the person, not the platform.”

As he jumps from platform to platform, DeStorm may lose some fans, but he’s not worried about that attrition. “I’m never afraid to change platforms,” he said, “because I know if someone goes, someone else will come.”

That, in a nutshell, is the sole reason for his Facebook push. It’s where the people are, and as DeStorm’s tide rises on Facebook, it will lift his boats on YouTube, Vine, Instagram, Snapchat, and Twitter. “Facebook is a very powerful tool to get videos out,” he noted. “Facebook video is definitely a place where people can kill the game.” As he moves forward, DeStorm will continue to play that game, and he plans to “touch more and more people,” no matter which social media platforms they frequent. “That’s how it is,” he concludes. “The more people the better.”