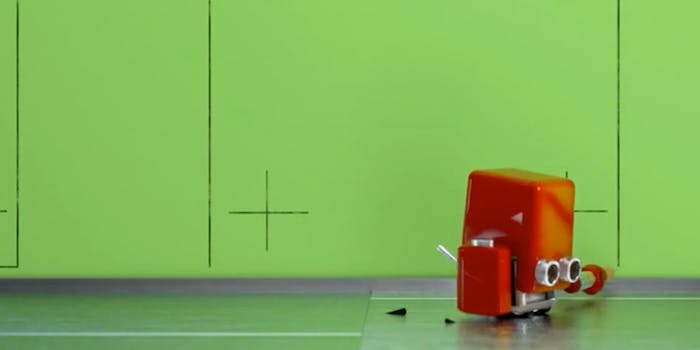 This animated short on robot competition is pretty adorable

The cycle of competition and one-upmanship certainly resonates in the Internet age.

Can a robot born to draw experience desire or jealousy? Vimeo’s Staff Picks strike again with animator Scott Thierauf’s animated short, Desire, in which a small red robot is assigned a drawing task, only to find there are bigger, faster robots doing the same job.

The plot is described as such:

“A small robot is born and sets out into the world, happily performing his simple tasks. Suddenly, in a small but profound way, the world as he knows it changes. What follows is a downward spiral of jealousy, resentment and unrestrained desire.”

It’s essentially a music video with a narrative, which is what Vimeo’s been expertly curating lately. The cycle of competition and one-upmanship certainly resonates in the Internet age.