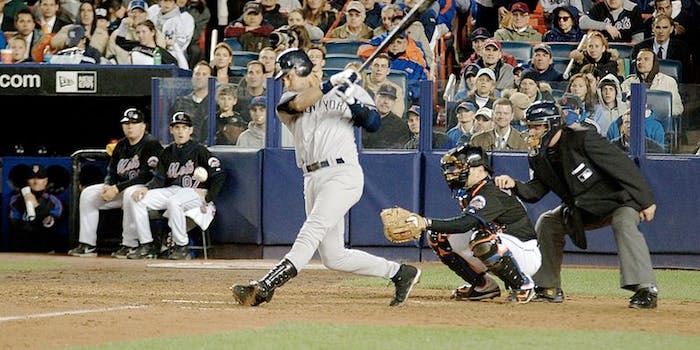 It was Derek Jeter's seventh career walk-off—the first since 2007—and it lifted the New York Yankees past the Baltimore Orioles 6-5.

It was Derek Jeter’s seventh career walk-off—the first since 2007—and it lifted the New York Yankees past the Baltimore Orioles 6-5 Thursday night in the Bronx. Not a bad closing note to a 20-year Hall of Fame career at Yankee Stadium.

Jeter’s base hit drove home Antoan Richardson for the game-winning run in the final home game of an uneven, frustrating 2014 season for the Yankees. It also served as a galvanizing exclamation point (and, sure, a middle finger) to the Yankee captain’s extended summer farewell PR campaign.

Postgame Jeter was a calm cucumber: “I’m trying to do my job.”

Jeter went 2-5 with three RBIs on the night. Definitely fire up that #RE2PECT tweet. Actually, better yet, check out Jeter’s tiny nephew tipping his hat.