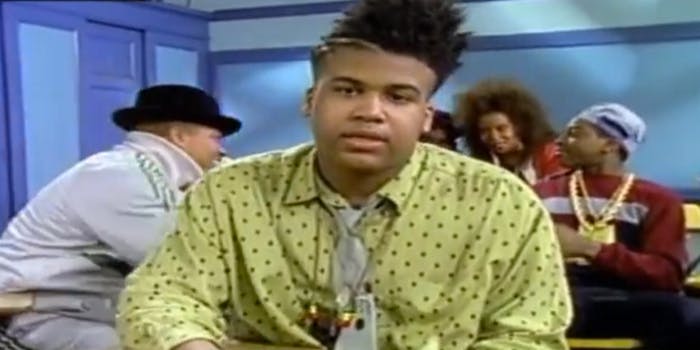 Of all the hip-hop albums released in 1989, De La Soul’s 3 Feet High and Rising might be the most influential and enduring. It’s the NYC trio’s debut, heavy on sample and flow, and it marked a new era of consciousness in hip-hop that would come through in A Tribe Called Quest, Mos Def, and the Pharcyde.

To celebrate their 25th anniversary, De La Soul is letting fans download their entire catalog free for the next 25 hours. This is great news, since their complete discography can be hard to find on sites like Spotify or iTunes, due to their use of samples. De La Soul’s Posdnous told Rolling Stone that while they’re in the Library of Congress, “we can’t even have our music on iTunes. We’ve been working very hard to get that solved.”

There’s also a promise of new music from the group, including their first album in a decade, titled You’re Welcome, which should be released this summer. Posdnuos added that being perfectionists might have delayed the new album:

“Certain groups have too many ‘yes men.’ In our group, we have too many ‘no men.’ When we look back on some of the stuff we have, we’re like, ‘Yo, we need to just put this out.’”

There are a lot of notable hip-hop anniversaries this year: The Notorious B.I.G.’s Ready to Die, Nas’s Illmatic, and OutKast’s Southernplayalisticadillacmuzik all turn 20. De La’s catalog will be available until noon tomorrow, for all you lovers out there.