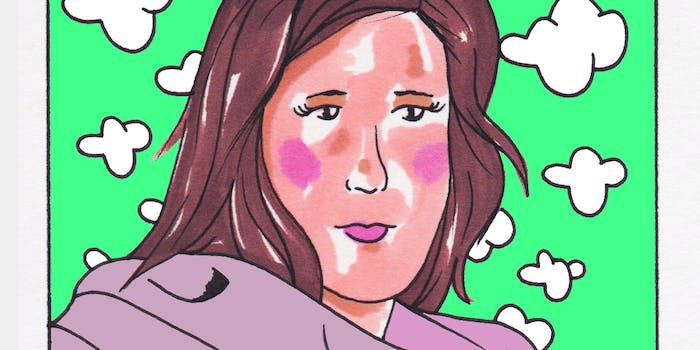 You probably haven’t heard of Houston-born, Georgia-raised country singer Lera Lynn. But you might have inadvertently Googled her:

“Who is True Detective season 2 singer”

The answer to these queries is Lynn. Her unreleased track “The Only Thing Worth Fighting For” turned heads during the show’s April trailer, and Lynn popped up as the dive-bar singer in a memorable scene with Colin Farrell and Vince Vaughn.

“T Bone asked if I would like to do some writing for the show,” Lynn told Entertainment Weekly about her surprising encounter with country legend and True Detective soundtrack composer T Bone Burnett. “Before I knew it, I was on my way to L.A. and sitting a room with a couple guitars and writing songs with T Bone.”

Burnett reportedly passed Lynn some circa-1930s Mexican folk from Lydia Mendoza, and per EW, told Lynn to write heavy: “Go as dark as you can. Just do it. Make it sad. Make it fucked up.” It’s a knack that comes easy for the biting writer.

The Daily Dot has partnered with Daytrotter to highlight one session a week, which will be available to stream here exclusively in its entirety. In this installment, HBO’s summer breakout commodity plays you four lingering, rye-fueled, chugging-into-the-station country nuggets. Drink up.