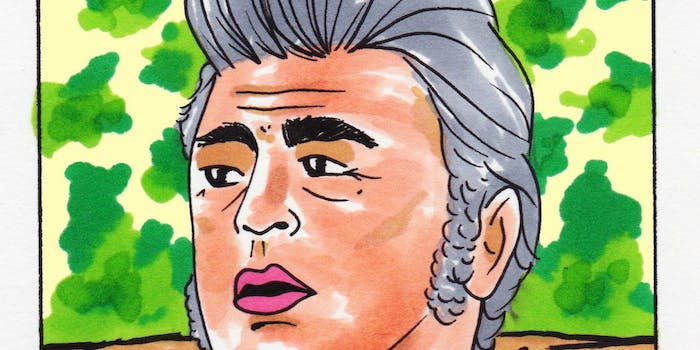 Meet the hardest-working man in alt-country.

No buzzworthy millennials this week. Not into mystery indie musicians who hide behind deft Tumblr curating, Instagram filters, and lonely SoundCloud islands. Instead, we’ll lean out and use this safe Daytrotter space to tip our ball caps at the hardest-working man in alt-country.

That would be Austin, Texas, legend Dale Watson.

Locals no doubt run into the 52-year-old’s outlaw strut, silver hair, and six-string-wielding tatted arms early and often. And not just because he inexplicably endorses AT&T sometimes.

Hell, my wife and I were having a burger before a movie the other day and suddenly Watson shows up in a white tux with a brass ensemble and plays an intricate set of jazz swing. That’s residencies on residencies, buck-o.

To be clear: When we call it the Live Music Capital of the World (a self-proclaimed badge of honor sanctioned by the city in 1991), that means lots of venues and, more importantly, lots of people playing instruments. It’s what sets Austin apart from places like Brooklyn and Portland; ’round these parts, whatever you play, be prepared to play five nights out of the week in five different dives. Do you think we have Stevie Ray Vaughan and Willie Nelson statues because they look good? No, they honor mouth-foaming work ethics.

For the national conversation about Austin’s live music scene dying off at the hands downtown real estate developers who raise rent and kill iconic venues, what will seal the tech and gentrification hub’s fate is whether or not people still feel the urgency to grind out a reputation on stage. Or are they like, say, these ATX clowns that Fader profiled four years ago who look down their noses at the idea of playing live:

“That’s why we don’t really play Austin that much,” says Pure X drummer Austin Youngblood of the insular scene. “There’s no point in playing with anybody except the people that we like playing with. I think the last time we played some random show, it was like, Why the fuck are we here?”

To be better musicians? To make fans out of bartenders and passersby?

But when you can brand online, playing to townies in unbelievably charming holes like C-Boy’s too often takes a backseat. And, sure, it doesn’t help that even at concerts by household names, half of people there got tickets because their startup’s boss knows a guy; they are the people who talk incessantly during the show, and leave venues likes Stubb’s immediately after their Instagram uploads.

But Watson is still out here, man. You can probably catch him live tonight.

The Daily Dot has partnered with Daytrotter to highlight one session a week, which will be available to stream here exclusively. Now let’s all get drunk and play Ping-Pong.