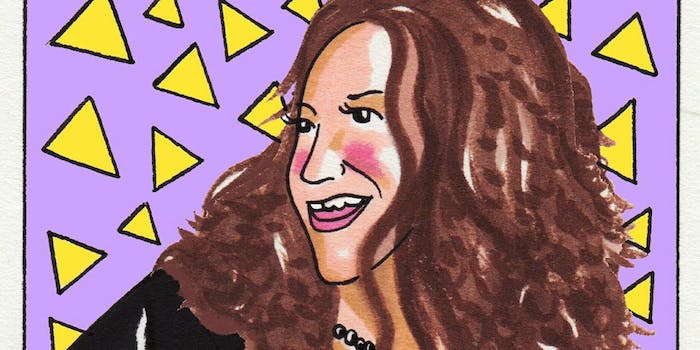 Ellen Kempner is the anxiety-plagued 21-year-old who writes and performs nearly every chunk of Palehound’s music. She hails from a New York ’burb and dropped out of school in Boston—you know, urban hubs that can do a number on introverts.

Luckily for us, Kempner is a bold, brave songwriter, and her band’s August album Dry Food is among the year’s most efficient, at eight gems hung across 28 minutes. “I’m nursing all the ugly things I see,” she sings to an ex on the album’s title track, because, “you made beauty a monster to me.”

If the songs pop and sound furiously rehearsed, peg that on the fact that Dry Food was reportedly written two years ago—that “spend your whole life making your first album” kinda thing. Kempner cranks out matted, warped guitar rock with purpose, but she holds your attention with acoustic songwriting that literally makes chores interesting. See “Dixie,” including this ode to when hair clogs up your shower drain: “I try to scoop it out but I retch until I’m stuck to stare and gag into a Dixie cup.”

Her simile game is just as strong, especially the one about twitching “like a pet in the palm of someone’s mean, fat kid.” But Kempner becomes family when, on “Healthier Folk,” she sings about being too stoned to take an antibiotic. (Definitely spin the whole record on Spotify.)

It’s an album about getting to the top of the escalator and then realizing you’ve only been lifted out of the parking garage to a fluorescent food court. About the uncertainty of life stages and the banality of what we have to tend to in between.

The Daily Dot has partnered with Daytrotter to highlight one session a week, which will be available to stream here exclusively. Ride with Palehound so you can enjoy them live at a middling venue this fall.